Javion Hunt is a superstar in the making, class of 2021, Carl Albert star has very bright future 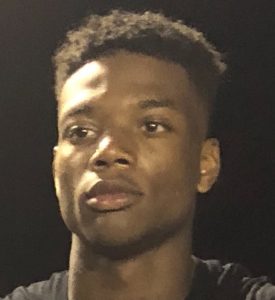 @HuntJavion
Javion has had an excellent season so far and has played an integral role on both side of the ball for the (8-0) undefeated Carl Albert squad. “That’s matters most, our goal is state championship, said Javion. “I’ll do whatever to achieve that goal.
Hunt is a 2-way player for the #1 ranked team in state.

His athletic ability is already amazing and he has all the looks of being one of Carl Albert’s top players over the next three seasons. The phenomenal sophomore is one coaches are very excited about and that Carl Albert fans can be sure will be a difference maker. Hunt looks to be bigger, faster, stronger and smarter he says. He has all the makings to be a leader and a coach on the field.

Javion — My dad has been most my influential in my football life.

Six Star —Schools showing interest at the next level

Javion —I shake every teammate and coach hand before game.

Javion — vs. Woodward in 2018 I had 5 carries for 160 and 2 tds or 13 tackles and fumble return td against Midwest City (beat rival for first time in school history)

Six Star —Teammate Likely to be a college star

Javion —other than myself David Peters

Six Star —Players to keep an Eye on