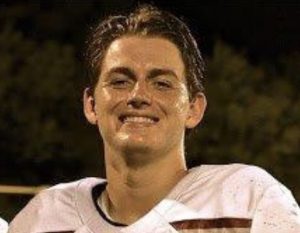 @jomatt2121
Meet Oklahoma Christian and TE Standout Josiah Markum. Markum, a 6-5 22o pound TE has been versatile enough to also play WR/DE for Oklahoma Christian. Not only does Josiah have great size for a TE he also shows excellent speed and clocks in at 4.6 in the 40 yard dash. He posted 43 receptions, 23 touchdowns, and racked up 1115 yards (tops in the state for the regular season) for the 2018 campaign.

A great athlete, Markum also is a pitcher on the baseball team and plays basketball as well. He can both outrun and run over anyone who gets in front of him, power and speed, he is a unique and exciting prospect for many schools. Oklahoma Baptist, Central Oklahoma, East Central, NW Oklahoma State have all offered Markum. South Alabama, Louisiana Monroe, and Southern Illinois are interested.

Josiah—As a team our season has been challenging with over 70% of the team not having played high school football until this season. Our coaches have done their best they could. We have gone through 3 quarterbacks due to injury. Especially with the circumstances I have had a great year. I learned a lot at the camps I attended this summer and transferred that to game days. I have 43 receptions, 22 touchdowns, and over 1100 yards receiving.

Josiah—I improved my footwork which has allowed me to get better separation and my blocking to contribute to the team and our run game.

Josiah—Some were more TE focused and some hybrid WR, so I got the best of both worlds. I really enjoyed going against the ‘3 and 4 star’ players and especially fun being the only out of state player at a Texas camp and showing them what Oklahomans all about.

Josiah—I walk the field and pray in the end zone

Josiah—Kaleb fellers no doubt, if he was still quarterback I would have 2000 yards receiving

Josiah—Blake Ellis works harder than anyone