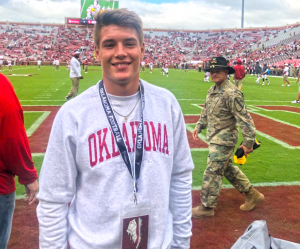 A tough and physical outside linebacker, Wagoner 2019 Kane Bowman has helped the Bulldogs open the 2019 season 7-1.

At 5’10, 175-pounds, Bowman says his biggest game at the varsity level came last year against Oolagah when he had 14 tackles, including five for loss, two sacks and a fumble recovery in a 24-21 win.

Bowman has taken an unofficial visit to Oklahoma and has heard from Pittsburg State, but says his recruiting otherwise has been quiet this fall.

Six Star Football recently caught up with Bowman and asked him about his senior season.