Raytown OL making a name for himself on football field. 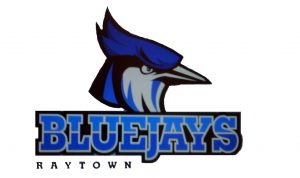 KANSAS CITY — Coming off a strong junior season on the hardwood, Raytown 2018 offensive lineman Mason Fair is already starting to see his hard work in the offseason pay off on the football field.

A 6’5, 265-pound left tackle, Fair currently holds an offer from Western Illinois and has started to garner interest from other schools this summer as well.

A left tackle, Fair says what he lacks in upper body strength he makes up for in athleticism and foot work.

“I would say I’m not a strong upper body person compared to opponents which forces me to use my legs and hips a lot more,” he says. “For my team I bring leadership and experience.

“There’s a lot of guys that this is there first year or second year playing varsitywhile I have played three years on varsity.”

Fair says that as an experienced varsity athlete in multiple sports, his teammates look to him for leadership.

“My teammates can rely on me for help because I would say I know what I’m doing based off of experience,” he says.

Fair said the biggest game for Raytown a year ago was against Columbia Battle, a team they fell to in the district finals.

“ They challenged us and it was a playoff game,” Fair said. “The past years we had always got stuck in the second round and we wanted to go farther last year. I performed well. I could have played better but I held my own.”

This offseason, he has worked on riding himself of bad footwork habits and turning his shoulders.

Fair says coach Kevin Page has had the biggest impact on his football career to date.

“He has really been inspiring because my mind was really heavy on basketball for a moment until he help me realize how good I could be at football,” Fair says. “I don’t really watch just one offensive lineman I watch just about all of them. I study there footwork to see what I could work on.”