Punchie Wilson, a star in the making at Tulsa's Central High School 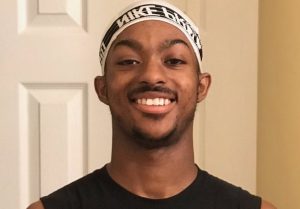 @Get_ABucketSam
In the heart of Tulsa, Oklahoma, a special player puts all his skills and soul into each and every play for Central High School. Punchie Wilson is a very aggressive player who holds a competitive and hungry desire to be the best. Wilson has been a very good defensive back for Central and is a player that should be watched at the next level, no doubt.

Punchie — I have had a great junior season and just didn’t end on how I wanted it to, I felt like I played good and overall in 2018 a couple of mistakes, but gotta live with it, no passes caught on me (no fly zone).

Six Star —What are some things that you feel you improved upon during this off season?

Punchie — My foot work and body language were both areas that I made major strides in.

Six Star —Who has been the most influential person in your football life so far?

Punchie — My pops and my head coach Kip Shaw

Punchie — My summer went good and I worked out everyday with my team. I went to one camp over the summer and it was the University of Central Oklahoma Camp. It was a great experience and I got to see some of the coaches from Ohio State, Arkansas, Michigan, etc.

Six Star —What kinds of college interest have you had so far, and what schools are showing the most interest?

Punchie — Sterling College is the most interested in me.

Punchie — Love to play and be childish

Punchie — Best game I had was against Hilldale, I had ran an 86 yard return back and had multiple pass breaks up

Six Star —Teammate most likely to be a college star:

Six Star —Player to Keep an eye on: