Jordan helps Beggs to be powerhouse team in Class 2A Action 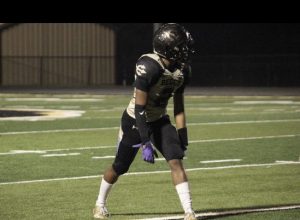 @shaiijordanx
Meet of the most explosive and shifty slot-backs in the state….Shaidan JordanShaidan
Jordan
WR | 5'11 | 170
Beggs | 2019 from Beggs fits this mold and is a player that has some major speed and skills along with good hands and leadership skills this season. Big things are in store for Beggs and largely in part because of players like Shaidan.

Six Star — How has you season gone this year

Shaidan—Me and my team are still rolling to the state championship to claim the title in 2a!

Six Star — What did you work on during the offseason

Shaidan—Last off season I worked on my hips and being more quick and explosive also route running and footwork!

Shaidan—Probably my mom she has pushed me so hard to eat right and to do extra so I can improve my game!

Shaidan—I got bit by a brown recluse spider and still played in the game Friday !

Shaidan—walk the field and grab some turf or grass just to get a feel of it ,

Shaidan—State semi-finals last year I had over 200 yards receiving and I had the game winning touch down !

Six Star — keep an eye on

Shaidan—him he can jump over anybody in the state