Stefaan Forbes, one of the nation's premier Punter/Kickers in the 2020 class (Tulsa Union) 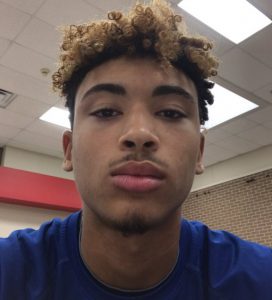 @stefaan_forbes
You would need be able to find a better punter if you tried. Forbes has all the essentials that next level coaches look for in a kicker. Pressure is on, game is on the line and the team needs good field position to pin their opponents deep, enter Stefaan ForbesStefaan
Forbes
K | 6'1 | 170
Union | 2020, a top notch athlete and kicker with Tulsa Union. Ranked 7th best punter in the nation in class of 2020 and 48th best kicker by Chris Sailer Kicking, this kid gets the job done with his leg.

Stefaan—Really I couldn’t boil down. It comes to two people; my father and Marquette King. * Because sometimes it’s difficult financially

Six Star — What camps did you attend during the off season

Stefaan—I only attended one camp last summer and that was the invitational in Burbank. Although I was invited to smaller specialist camps around my Oklahoma. From that camp I learned how to correct my stance and aim point.

Six Star — What things did you improve on during the offseason

Stefaan—The two main things that I feel I’ve mainly improved in along the year is the mental capacity in terms of staring on varsity for such a big time school in the state. The other major improvement to me would be kicking into the heavy wind which earlier was a difficult problem to overcome.

Stefaan—Starts out with my beats and I listen to some OutKast essentials to get my I’ma good upbeat mood, then it changes into a focused or tunnel vision mood. I do my stretches from the goal line to the ten yard line. Once I finish those, I move on to my stationary stretching and I do that on the 36 yard line because my father was number 36. I get one football and I start on the goal line and on a hash and I work on drops all the way down to the 40yd line and turn to the sideline and go back to the goal line as I work on drops. Then I start in the end zone with one ball and work on punts at low contact points and high contact points to find the mid-spot. Once I find that mid-spot I continue on from there. Then I go to the opposite 45yd line and punt to the end zone. If it goes over, I back up 5 yards. The furthest I’ve gotten back is the 20yd line.

Stefaan—My favorite song currently would be Ms. Jackson by OutKast.

Stefaan—Although it is my most challenging, my favorite class would be my math class.

Stefaan—My best game probably would be against Norman North where I had a punt average of 45.5yds and my largest punt was a 46yd 4.57 ball.

Six Star — Teammates could be a stars in college