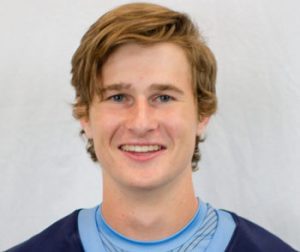 Meet Bartlesville’s Taton Hopkins, a defensive player for Bruins that will look to be a defensive difference maker and a veteran leader. In a defensive unit that returns several key players, Hopkins will no doubt be one of the top skill players in the experienced secondary.

The leader in the secondary, Taton is aggressive to the ball and physical with receivers.

Taton – I attended several camps including Oklahoma Baptist, East Central University, University of Central Oklahoma and Graham Harrell’s camp at the University of North Texas. Going to these schools helped me decide what I am looking for in a school and some areas that I need to work on in the off-season.

Six star football – what did you improve upon this offseason

Taton – This offseason I’ve gotten physically stronger but mentally I’ve started to be able to read the field at a higher level.

Taton – that I have is that I listen to worship music for the last 20 minutes before I run out of the tunnel.

Taton – is friends in low places.

Taton – My best game was against Sapulpa. I had 14 tackles 2 forced fumbles and a fumble recovery and also kicked multiple touchbacks.

Taton – in the weight room was significantly increasing my maxes in all my major lifts.

Taton – is running back Laken Clowdus.

Six Star football – player to keep an eye on