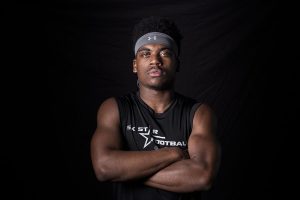 Here, we take a look at several 2020 defensive backs who raised their profile at the event.

One of the more physical, dominant DBs we saw, Marshall is a strong player who is very aggressive and has great eyes and anticipation. Like all successful players in the defensive backfield, Marshall is an elite competitor who takes receivers catching a pass against him personally.  He leaps well and can get his hand on anything that comes his way. He has good speed, a motor that doesn’t quit and a muscular frame many found hard to contain.

A strong two-way player who uses has a solid IQ and uses his smarts on both ends of the ball. He’s a smaller RB who can go wide and catch passes down the field. He’s also smart at sniffing out schemes and can move receivers off their line and route as a defender. 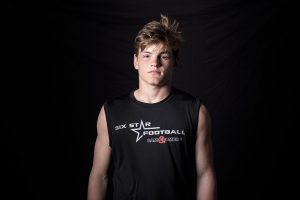 Fredrickson flies around the field and makes contact quickly and has an eye for plays in center field. He’s very smart and reads the receivers and jumps out and looks to get involved. He’s very dedicated and shows leadership and understanding to his position and knows how to make receivers work overtime. 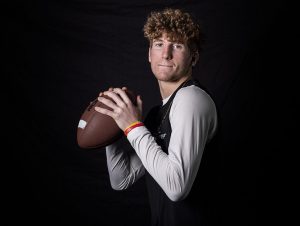 A WR who also sees time on the opposite side of the ball. He has a nice vertical and can go up to greet the ball. A player with strong hands who dives after the ball and can pull it in with little space to breathe. He’s athletic and plays strong for his size. Ogelsby is a player who could fill a need at the next level on either side of the ball but we love his competitiveness and his willingness to mix it up, traits that make for a good defensive back at any level.

A well built athlete who jams well at the line and plays loose and confident. Sportsman always seems to be in the right spot. He’s highly intelligent and makes contact plays and comes out in traffic. He has great hands for a safety and he showed the ability to tip away passes if he knows he can’t pull it in. 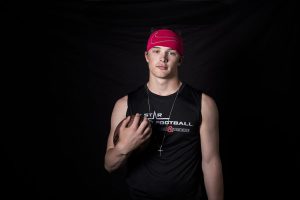 Ward does a bit of everything on the field and showed out in the drills and the combine portion. He has great height and has great field presence, strength, speed and can make play. Ward had a great outing in the combine portion with a 37’11 power ball and a 4.28 short shuttle. He is a true athlete on the field who can be placed in a variety of positions and stand out in all of them. Has great eye-hand coordination able to make play on the ball in the air.

Another athlete who had a strong outing as a DB, Washington is a smart player who can fit on either side of the ball. Washington looks to compete and moves his feet well and is patient on the field and picks his moments. He plays big and swats passes.

Weiss is a relatively new name to us, however, he impressed with a standout performance in the combine portion of the event, recording solid numbers across the board for a sophomore. While he’s a bit undersized at 5’9, he makes up for it with terrific athleticism, tenacity and a high football IQ.

A solid player on both sides of the ball, Willmann is an underrated player who is due for a breakout season for Oak Park. He had a terrific showing in the combine portion of the event, posting a terrific. 4.56 40 time and his 9’5 broad jump was the second best leap of the day among Missouri receivers.

He’s long and rangy and moves well in open space and is great at closing the gap. He has good hands and is flexible in the backfield. Vest has good height and had a strong outing in the combine portion with a 34’10 powerball and a 4.43 short shuttle.

Witt is itching for his opportunity after playing a supporting role behind a large senior class last season. Despite his small stature at 5’7, 145, Witt is a striker who plays a tough, physical brand of football. He has some good quickness and brings a high football IQ to field, staying a step ahead of others on the field.