Six Star Football takes a look at RB/LBs that shined in Carthage.

Here, we take a look at several 2020 linebackers and running backs who raised their profile at the event. 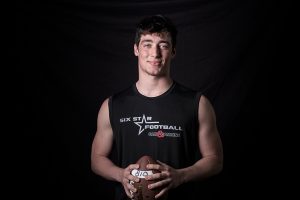 McGrary put together a terrific camp performance, including some outstanding numbers in the combine event where his combination of 4.76 40, 4.31 shuttle and 35’7 power ball was among the best from Missouri LB prospects. A first-team all-state performer last season, McGrary’s film shows a player who is a disciplined performer who reads plays as they develop and makes sure  tackles. With his combination of athleticism, size at 6’1 and on-field performance, we see a player who is likely to draw significant college interest as a senior.

A strong, powerful linebacker prospect, Mendez had one of the power ball throws among LB prospects with a toss of 37’1, showcasing his power and explosion. On field, his film shows a player who uses that strength to brush off would-be blockers and get to the ball quickly. He has the ability to be a big striker and impressed with his play on special teams where he combines aggression and a relentless attitude covering kicks.

Myers is one of the state’s better returning small school prospects who plays much bigger than his listed 6’1, 220-pound frame would suggest. He is strong and combines good size with good agility and is capable of manning the middle of the field at MLB. Film shows a player who is seemingly everywhere as he was a two-way standout last season for the Bears, rushing for 1,137 yards and 10 TDs and leading his team with 100 tackles. He has already started to draw some college interest and we see him being a potential steal for one of the SWMO college programs if he opts to stay in the area.

Norman is one of several terrific young prospects out of Jackson, Mo., and put together a strong showing in the combine portion of the event, posting solid numbers across the board. Norman’s film is impressive as he shows the ability to cover the field from sideline-to-sideline, playing with a big motor and plenty of intensity. He recorded 120 tackles, six sacks and forced three fumbles as a sophomore for a team that went 11-1.

Purnell has terrific size and strength and is a bull of a player, manning the middle of the field and smothering opposing players with vicious hits. He shows terrific instincts on film, capable of chasing down ball carriers, rushing the passer or dropping back into pass coverage. He is coming off an all-conference performance last season in which he recorded 108 tackles, eight sacks and two interceptions. 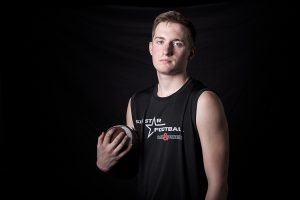 Rogers combines terrific size, length and agility with good strength and a high football IQ. He is coming off a terrific junior season for the Cardinals and his film shows a player who was strong on the edge. He sheds blocks well and brings passion and a big motor to the field. 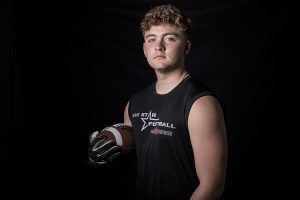 Schnakenberg recorded one of the better power ball throws among Missouri LB prospects in the combine to go along with a solid performance in the broad jump and recorded a 4.47 second shuttle time. He is a physical LB who is tough against the run and is a strong, tough tackler.

Scott is an impressive young prospect out of Platte County who is coming off a strong freshman season at the varsity level for the Tigers. He has some impressive physical tools for a youngster and recorded a strong showing in the combine portion of the event, including one of the better broad jumps among LB prospects. His film shows a player with terrific quickness who gets to the ball and makes plays. Scott also got some time at RB and excelled on special teams as well.

Terrance is a strong interior linebacker who showed the ability to stand up to the run in the Tiger defense. He had a solid combine performance that included a 32’1 power ball throw and his film shows a player that brings a physical presence to the field.

Thomas impressed in the combine portion with one of the best shuttle times among linebacker prospects, recording a time of 4.34 seconds. He runs well, is quick and film shows a player who brings toughness and a big motor to the field. Thomas is a sure tackler who reads his keys well, gets off blocks and is a playmaker on the defensive side of the ball for the Cardinals.

We really like Watson as one of the more unsung prospects out of STL in the 2020 class. He has good size at 6’2, 214 for a LB prospect, is strong and has some explosiveness as evidenced by his 8’6.5 broad jump and his 35’0 power ball throw and, perhaps more importantly, he was among the state’s most productive defensive players last season recording 111 tackles, four sacks, two interceptions and ten tackles for loss.. Watson has started to draw some interest from college programs, most recently Division II Quincy.

Wilson impressed in the combine portion of the event, putting together some solid numbers for an athletes that is just now wrapping up his freshman school year. He ran a 4.78 40, narrowly missed n eight foot broad jump and recorded a 32’3 power ball throw. At 5’9, 150-pounds, Wilson is a bit undersized, but is still a youngster with plenty of time to grow in his future. He got some varsity run last year as a ninth-grader, playing in five games. He will be a player to watch for the Cardinals in the upcoming years.