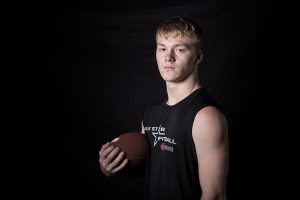 Here, we take a look at several 2020 linebackers and running backs who raised their profile at the event. 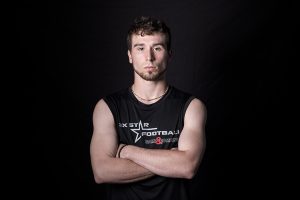 Allen is a terrific all-around football player who mostly earned his stripes last season for North at LB where he made more than 90 tackles, but projects well as a player on either side of the ball as well as he will likely see time at linebacker and/or safety on defense and running back on offense. He had a strong showing in the combine portion of the Six Star event and his film shows a player who brings terrific toughness and versatility to the field.

Bray is a tough, all-around athlete who put together a solid performance in the combine testing portion of the event. He has good size at 6’0, 200-pounds and is a versatile athletes, capable of blocking, running the ball or even getting out in pass routes. He was terrific in short yardage situations and we see an athlete who could play on either side of the ball in the future due to his size, strength and toughness.

A first option RB who has great feel for the slot position and short, physical routes. He has good speed and can handle pressure and does well when a physical DB wants to overpower him. He’s a smart player who is quick in bursts and hangs on to the ball. Despite splitting time last year, Glades rushed for nearly 700 yards and seven TDs while averaging 8.4 ypc.

One of the most productive and highly decorated linebackers in the state of Missouri last year, Jones is coming off an all-state performance for state champion Ladue and showed what he is capable of in the combine portion, recording solid performances across the board. Jones brings terrific intangibles to the field, including leadership and football IQ and he quickly diagnoses plays and reacts with passion. He is a big striker, moves well in space and a sure tackler, able to get players to the ground quickly.

Lenker might be the most underrated prospect in SWMO as he was as impressive in the combine portion of the event as any Missouri linebacker. Lenker posted terrific numbers across the board, including a camp-best 4.63 40 time among LBs. He also put together a 36’6 power ball throw, a 9’0 broad jump and an impressive 4.37 second shuttle performance. Lenker is more than just a workout warrior however as he is coming off a terrific junior season for the Cardinals, earning all-conference and all-region honors. His film shows a player that is capable of big hits, pursues the ball well and is terrific in his pass drops, able to run with  receivers and make plays in open space.

Lowe has good size at 6’1, 205-pounds and showed off his strength and power with a terrific power ball throw of 34’5” as part of the combine portion of the event. As a sophomore, he got some varsity run playing for one of the state’s most underrated teams last season as he was a strong special teams player, covering kicks, and was also tough at linebacker, filling in especially strong against the run. 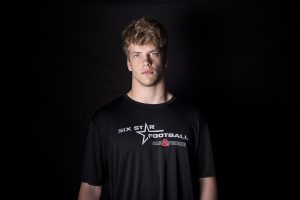 Maasen showed a terrific combination of athleticism, strength and explosiveness and also brings a good football frame and flexibility to the field as well. His film shows a player who is both physical and a sure tackler, and terrific at reading plays as they develop and flying to the ball. He is rarely caught out of position and is agile enough to drop back into pass coverage downfield and make plays on receivers.

A strong athlete with good size, strength and the ability to play a number of positions on the field. He’s a good option at receiver and had some strong reps and clean catches on some post and streaks, and improved the more confident he felt. Playing on a Kickapoo team that suffered some ups and downs, Maugans brought a calm, steady hand to the field.

Mersnick is a terrific two-way player who brings a terrific combination of size, strength and athleticism to the field and appears to just be scratching the surface of his potential. He runs well, had a particularly strong showing in the short shuttle with a time of 4.37 seconds and recorded a 4.88 40.

Coming off a strong junior season for Carthage, Mueller had a strong showing on his home field, posting silid combine numbers across the board as he showed well in all four events. His film shows a player who picks out holes well, has good cut back abilities and runs with purpose. He is also a threat on special teams as a return man as well. 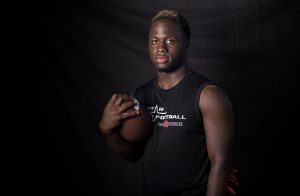 Perkins is a strong, powerful back who showed off his strength with an impressive 37’0” power ball throw. His film shows a player who can catch the ball out the backfield and make plays, shows good vision and the ability to pick out running lanes, and can be tough to get to the ground with an aggressive running style.