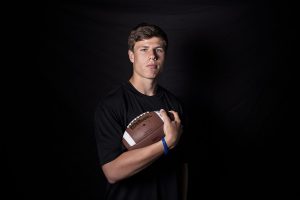 Here, we take a look at several 2020 quarterbacks who raised their profile at the event.

NOTES: The camp results and QB story here are the first of many things that will be posted from Sunday’s event. Please be patient and stay tuned for additional stories, etc.

Conard is a terrific athlete who brings a nice combination of footwork, speed and an impressive amount of strength. He has a soft touch and good mechanics with his throwing motion. He’s comfortable with center field throws and leads receivers well on longer, deep routes. A nice physical player who can move the chains. He put together a huge performance in the combine portion of Sunday’s event, recording the top power ball throw among Missouri athletes and recording a terrific time in the short shuttle.

A QB known for his elusive runs as much as his deep ball and slant route passing, Cooper is a strong player with good footwork and arm strength for mobile situations. Was very eager to get reps and set a strong tone early. Cooper really started dialing in his throws late and made life easier for his receivers.

A mobile QB with a good athletic mindset who can throw center field well or air it outside the numbers. Dawson has great size and a nice release with good spin for quick routes. He sees openings for his receivers through coverage and has improved his pass timing inside the numbers. Dawson had a good showing in the combine portion of the event as he showed off his all-around athleticism, and during the competition portion of the day he showed off a strong right arm. 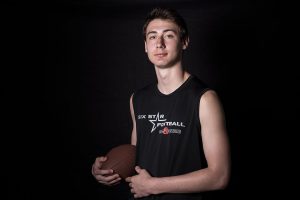 DeLaurent is a well-rounded athlete who was also a standout on the hardwood this past winter. He has excellent size and good athleticism and arm strength for big throws. One of the stronger deep ball threats of the day, he had good ball placement for deep routes and led receivers to corners, edges and empty spaces in the end zone. His film shows a player who is at his best improvising, keeping plays alive and turning a busted play into a big one.

Hounsom had a few nice sidearm slant passes that stood out early in passing drills and continued to improve throughout the day as he adjusted to a collection of offensive plays. He found nice holes and proved he could throw to spots quickly and let his receivers make plays. Hounsom is capable of improving on the run and he showed a lot of terrific physical tools in person. 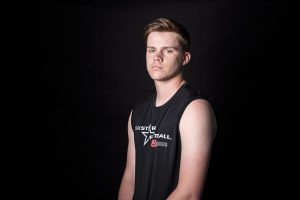 Hulsey has good timing and steps into his throws with confidence. He’s a student of repetition and knows how to get lots of reps. He can thread a cross field needle at times and his deep ball dropped well for his receivers to pull it in. He has good ball placement to spots on the field and his reads are much improved.

One of the more confident throwers in the state has great size, strength, can create space to operate while showcasing a fine understanding of the game. He sees the field and doesn’t get caught staring down his receivers or get too comfortable with one side of the field. A versatile QB prospect who can accurately throw darts, air it out and give receivers a catchable ball rep after rep.

A QB who looks down field and extends plays with his arm, Meierarend is a strong player with good thickness and a football frame. He improved the more reps he got and proved he has a talented arm and a good feel for the ball and a nice pop with his release. He is among the state’s most underrated QB prospects after putting together a huge junior season for Odessa. Look for him to start attracting college interest this spring and summer.

A solid improviser in the pocket who can extend plays with his legs, avoid contact in open space and hit his receivers with the ball in tight spaces. Robertson is very athletic and had a dialed in long ball Sunday and reacted well to changing plays and new receivers. A player who’s comfortable enough to let it fly and open things up but can also take off and run when the opportunity presents itself. Robertson showed well in the combine testing portion and showed good, fluid athleticism. 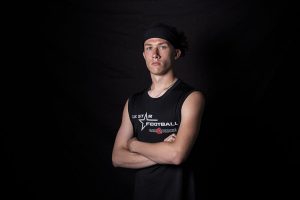 A smooth QB with great mechanics and a surprising amount of arm strength. He has a polished stroke with short passes and moves very well and can throw off balance and across his body. Stone has been making a splash recently and his timing with the ball could not come at a better time.

Returning from an injury, Wilson is a slim QB with vision, good length and solid pocket awareness. He read through his progressions quickly and firmly stepped into his throws. Even while he was working on some of the mechanics and placement drills, he took a long strides at times and brought a lot of speed and force on the ball.