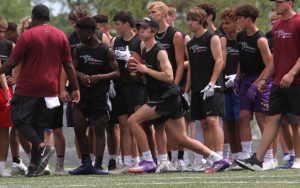 Here, we take a look at several 2021 quarterbacks who raised their profile at the event.

A big QB with good height, a strong frame and good thickness to his shoulders. He holds his weight well and has a big wind-up to his throws and brings a lot of force. He’s paying close attention to his footwork and he made several adjustments as he mixed things up with different players of different sizes and speeds. He has largely flown under the radar as a newcomer to Waynesville but has a bright future. 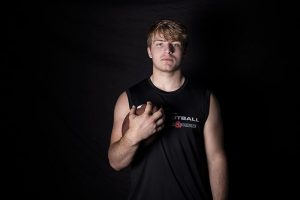 Carlton had the home field advantage in Carthage and looked calmed and poised with the ball. He has great spin to his ball and brings power and strength in line drives across the field and home run plays in the end zone. A player with a fine balance of force and control to his game, both when he’s in the pocket or through improvisation.

An excellent pocket passer with good height, length, a clean throwing motion and an eye for the game. Davis is a flexible player with great flair, impressive speed and all the confidence you could look for in a leader. He values ball placement more than power and zip, but can do both incredibly well inside the numbers and out. He only solidified his star as a STL prospect with his combine numbers on Sunday, running an impressive 4.61 40-yard dash, the fastest time recorded by a QB at the event and impressing with a 9’3 broad and a 4.43 shuttle time.

A new face for us who can run it well and brings good speed to the field. Despite his short stature, Lindemann stands tall in the pocket and throws it well when he’s comfortable and focused. He had some nice throws down the field and had good ball placement to his sweet spots inside the numbers. 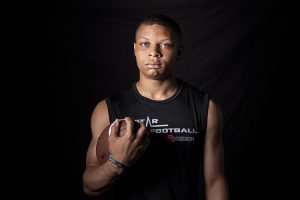 A strong, athletic QB who has great step-back speed and likes to lead his receivers with his darts across center of the field. Snow has a strong arm and a promising twitch in his step and is good at reacting when all his receivers are covered and he needs to find a man. Snow is improving and has noticeable athletic ability as evidenced by his combine performance on Sunday. He recorded one of the better 40 times among all QBs and his 4.35 shuttle time was impressive as well.

A muscular QB with in game strength, Smith is a hard-nosed athlete who puts a lot of power on the ball. He has great balance in the pocket and on the move and has a high level of athleticism and versatility. Most noticeably when he jumped in as a wide receiver and used his body to keep the DB off balance and play sloppy. A lot of positives with Smith who could find a home at the next level at several different positions. 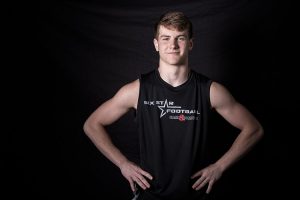 One of the state’s top young QB prospects, Walker is coming off a huge sophomore season at Maryville. He throws a good ball with nice touch and displays terrific footwork and fundamentals. Walker is often at his best when scrambling and turning a broken play into something productive. He brings a high football QB and leadership qualities to the huddle as well. 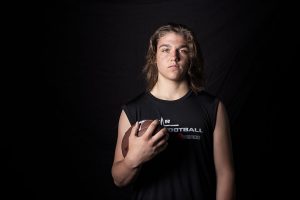 Jackson features one of the state’s top 2021 classes and Welker was among its leaders a year ago. A mobile young gun who showed out his sophomore year, Welker was smart with the ball and is productive with the square-out and hook. He can find distance without stepping into his throws but had his best moments when he was focused and paid attention to his reads. He had a good showing in the combine portion of the day, recording a 4.78 40 and a 34’5 power ball throw, displaying both speed and power.

★RANKINGS UPDATE: A look at ranked TEs in latest Top250