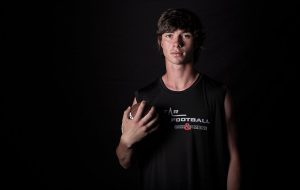 Here, we take a look at several 2020 defensive backs who raised their profile at the event.

An underrated prospect out of St. Louis-area, Burke is coming off a big junior season . On Sunday, he grabbed some balls over his head and had to fight through some very physical coverage at times. He is creative and played strong and has an athletic bust off the line. He has good height, and can gain speed with his feet on long balls. 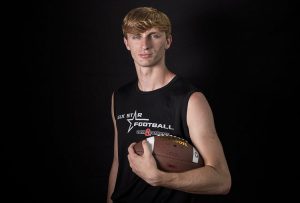 D’obron is an underrated player who has great height, length and the speed that turns heads and breaks expectations. He is an athletic player who likes to play physical and can take a hit and play through contact and stay on his feet grab balls. A player who can shake off coverage and grab anything. D’obron has terrific flexibility as a receiver that allows him to twist and contort his body to fend off defenders and haul in tough catches, or slip by a DB to get open.

Knowles had a great day, running a 4.49-yard dash and turning an 8’11 broad jump in the combine portion. He is a long, rangy athlete who is very fast off the line and can pull down balls that got away from the QB. Knowles is a seasoned player who doesn’t overthink things and understands how to get open in a quick and efficient way. He can high point passes  over his head and showed he has great reach to scoop up low passes and make something productive out of them. His film shows a physical receiver who likes to get down field and mix it up as a blocker and can also break away from a defense after the catch. 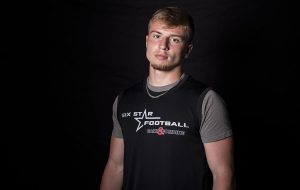 Blessed with great speed, height, and length, Oyler is an excellent receiver who is great at selling fakes as he plants his step hard and opens up well for the ball. He plays close and rise and secure. He’s a possession threat who gets his hands on the long balls as well. A solid defender as well. He has drawn some interest from a variety of college programs this spring, including South Dakota, Missouri Western and several others. 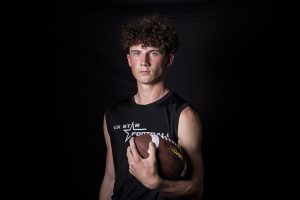 He’s young now, but he’s going to make a name for himself. One of the top route runners of the day and also a player showing great versatility for physical and finesse play. Schonhorst has strong hands and twitchy shakes to sell fakes to create space and get open. For a young guy, he had a good showing in the combine portion of the event as well. 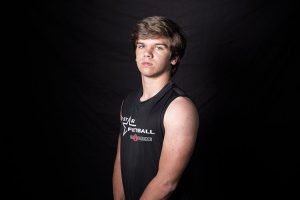 After a remarkable season as a slot his freshman year, it’s becoming clear why he was hard to bring down. He stops on a dime and can change directions and slip by defenders. He has great footwork off the line and even better when he adjusts himself after or before the catch. A lot of potential here for a player his size and he showed some impressive numbers in the combine portion, especially in the power ball throw as he threw 36’10, an impressive distance for a young, 5’9 athlete.

A long receiver who makes good decisions and has strong hands. Sullivan has good height and a nice feel for the position. He sees the field and can use misdirection well to his advantage and catch balls on his weak side. Also willing do dive and go after overthrown passes.

A fiery, tough, hard-as-nails receiver who has some of the best hands in the state. He’s extremely competitive and is great at extending his body and pulling in balls that seam out of reach. He plays physical in traffic and can get position when it matters most and fight through any coverage he sees.  One of Willich’s best physical attributes may be his quickness in short spaces, which he showed with a terrific short shuttle time as he posted a 4.37.