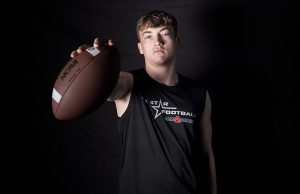 Here, we take a look at several Oklahoma DL/DEs who raised their profile at the event.

40 — 5.28 … Broad 8’0 … Short Shuttle 4.37 … Power Ball 33’10
Lorenzen is another very solid athlete for the Moore program that can make things happen off the edge. The 6-2, 195 DE posted a 4.37 time in the shuttle, best among all DL from Oklahoma at the 2019 6Star combine. Also his 8’0 broad jump ranked fourth best among OK DL at the camp. We really like this youngsters talent and athletic skills to be a good one in the coming years for Moore.

40 — 5.16 … Broad 7’3 … Short Shuttle 4.91 … Power Ball 36’6
The talented two-way big man is a presence to be reckoned with one the line and is a tough player that gets a great push and has some pop and explosive skills to his game off the line. All out hungry football player that plays very hard on every snap and plays all over the field, both sides of the line and special teams. Lyles is a player that makes the Ardmore program a winner and is one that brings his toughness to the game. His power was shown at the combine in the power ball with a mark of 36’6 good for third best among OK DL. 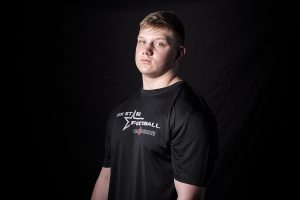 40 — 4.70 … Broad 7’10 … Short Shuttle 4.66 … Power Ball 34’6
Marouk is one of the finest big man that we had attend out 6Star Combine and is a player that will be a big time factor in the good looking Metro Christian Program. Marouk posted the fastest 40 time among all OKLA DL with a time of 4.70 and is a player that really has some great speed off the edge for Metro Christian. Hard to find many athletes as a DE that can move much better, Marouk had a excellent camp. Also had the fourth fastest time among OK DL in the shuttle with a time of 4.66. 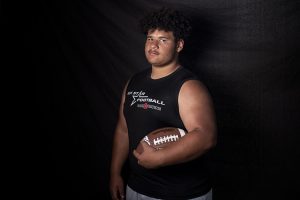 40 — 5.80 … Broad 6’11 … Short Shuttle 5.19… Power Ball 25’1
Morgan is a play-maker for Midwest City and a tough kid that can both be a good pass rusher from the edge or in the interior line. Does hold 261 pounds on his frame so shows some bulk and is a strong kid and shows some good weight room numbers, was behind some talented players this season but will look to be one of the main guys on the D front this season for Midwest City. 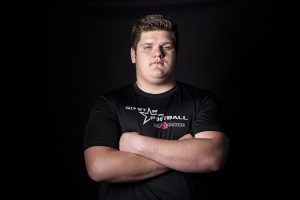 40 — 5.41 … Broad 7’5 … Short Shuttle 4.88 … Power Ball 40’5
Stanley will already having several schools looking at him like TCU and Tulsa among others, is a load to deal with on the line and plays both ways, good on both sides of the football. One reason among the many big schools are really liking what they see with Kaleb is his pure power and toughness on the line, had the top powerball among OK DL with an impressive mark of 40’5. Great size also at 6-3, 320 so a huge prospect with a power and size combo that is hard to find.

40 — 5.22 … Broad 7’10 … Short Shuttle 4.69 … Power Ball 36’1
Taylor is really one of the hardest working players we had out the 6star combine and at 6-4 and 205 pounds he also has a good core frame for being a solid TE/DE prospect at the next level. Is a player that has proven hard work pays off and has played an integral role in the success of an up and coming Seminole team that will battle for their district title this season. Had a nice combine and among Oklahoma DL/TE he was fourth in the shuttle run (4.69) and fifth in the powerball with a toss of 36’1.

40 — 5.12 … Broad 8’0 … Short Shuttle 4.69 … Power Ball 31’0
Williams had one of the better overall combines among these very good Oklahoma big men, and his shuttle tied for fourth best among DL from OK (4.69). Also a good broad jump of 8’0 for our OK DL good for a tie for fifth best jump. Williams is a good athlete and a player with a 6-3 frame that can be a disrupter off the edge or a solid TE in the Perkins Tryon offense.