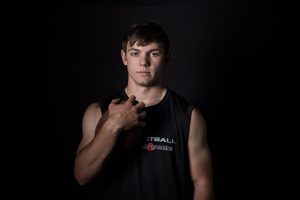 Here, we take a look at several quarterbacks who raised their profile at the event.

Mages we already knew is among the best in the state of Oklahoma, we also thing he showed out some of his speed and footwork, something you have to be impressed with from a pure athletic standpoint, his 4.43 in the short shuttle was the second best among any Oklahoma QB attending the camp. Mages is just an impressive dual threat guy, one of the most impressive to watch as well. Its really hard to brag enough on this do it all QB, but we think the one thing you get to see at camp is there is more to him that just a stud QB, he is a true athlete under the helmet. Mages powerball of 34’9 was second best among Oklahoma QBs and his 8’11 broad tied for tops with Minco’s Cavin RussellCavin
Russell
QB | 6'1 | 200
Minco | 2020, and Collinsville’s Andrew Carney

Andrew
Carney
QB | 6'0 | 185
Collinsville | 2022 for all Oklahoma QBs attending SixStar. With two years left, this kid is the real deal in more ways than you can mention. 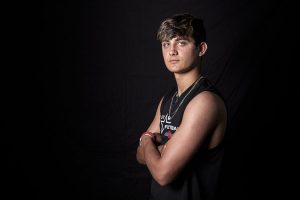 Sapulpa could have one more talented and athletic 22 classes in Oklahoma and Mason is right there in that group. The 6-0 QB is young and full of potential to be a big name type player. Mason got his time under the 5 mark with a 4.91 clip in the 40, showed a well done effort and showing in the short shuttle as well (4.66). Mason is one of those guys that could be something very special and is a player to watch.

One of only two Oklahoma QB’s in the class of 23 getting a nice job on their careers at the team callers and leaders of their offensive units, at 6-2 Matlock has the size and potential to be a good QB for a talented Tahlequah squad. With a 4.72 short shuttle Matlock does have some good footwork potential and could be a player that will develop into something very special over the coming seasons.

McCrary is a guy that is a two sport athlete and loves to compete. Union has a great group of QB looking for quality time and McCrary is among those guys that will be in the group. Should be part of a talented group of leaders at that position for the perennial power club. 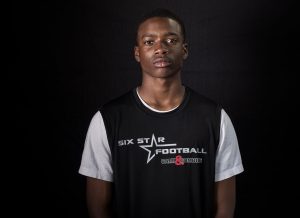 Just a sophomore for this upcoming season, it might be very interesting to see what Broken Arrow’s Sterling Ramsey can do and just how far he can take his game. Ramsey did show out some with a 32.’4 clip in the powerball, second best among any freshman QB from Oklahoma. 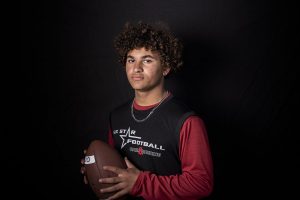 Walck looks to be the man to follow up a good teammate at the QB spot this past season and with his will to win and compete, Walck could do some good and productive things this season. Ran a 4.81 in the 40 and a 4.69 short shuttle. Walck will lead a team that has some offensive talent and look to jump all in for Shawnee this season.

Watie will look to lead a tradition rich Berryhill team and one that does return some nice targets as well for the strong armed Watie. Watie and fellow 6Star attendee and teammate Dawson James

Dawson
James
WR | 6-1, | 155
Berryhill | 2021 will look to hook up several times this upcoming season and both are kids with very bright futures. At 6-2 Watie already has that take notice size. Showed a 4.69 short shuttle time.

An array of up and coming potentially talented Ponca City athletes that attended 6Star Combine, Wetzel stands 6-3 and has some great size to be a good one, not to mention his 8’3 broad jump and 4.78 shuttle are solid times already for a freshman. Aiden is a player that has some unlimited potential and is just looking for me reps and chances to show what he can really do.