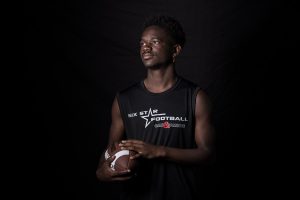 Here, we take a look at several 2020 wide receivers who raised their profile at the event. 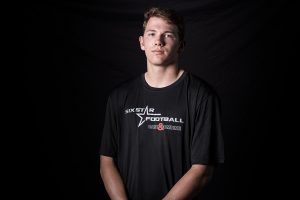 40 — 4.80 … Broad 9’2 … Short Shuttle 4.85 … Power Ball 29’3
Smithton is one of those outstanding players that your see play that gets in on and is part of lots of players both as a receiver and on special teams, he has some good speed, hands and ability to make plays and will be one of the returners and a senior to be that no doubt will factor in very big ways to Stillwaters success in the season to come. Smithton had a 9’2 broad jump, one of the more solid ones for second best among all Oklahoma receivers and is a athlete for sure.

40 — 4.40 … Broad 8’10 … Short Shuttle 4.50 … Power Ball 31’2
An amazingly talented player that has great size and recorded the fastest time among all Oklahoma receivers with a blazing fast mark of 4.40. Stephens is a pure burner that has great moves and athletic ability, one of those freaky athletes with also has good hands and is capable of being one of the biggest play making receivers in Oklahoma. Stephens recently picked up his second high major offer as Nebraska offered him this past week, adding to an earlier scholarship offer from Iowa State. Very impressed with this great talent for the John Marshall Bears.

40 — 4.43 … Broad 9’0 … Short Shuttle 4.12 … Power Ball 39’0
Like his brother Bryce, Tim is a flat flyer on the field and a speed machine that clocked in at 4.43 in the 40 yard dash good for second fastest among all Oklahoma receivers at the 6Star combine. Stephens had the best powerball of any receiver with a 39’0 mark, very impressive explosiveness for the senior to be and also notched the top rated short shuttle time of 4.12 among Oklahoma receivers. His broad jump of 9’0 was tied for fifth among all OK wideouts, Stephens is a dynamic 5-9 athletic speedster that can really fly by his guy on defense and will burn you deep time after time. John Marshall should have one of the most productive offenses in Oklahoma football in the season ahead. 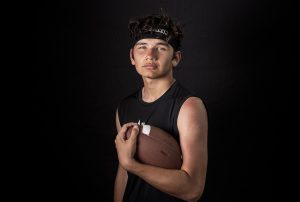 40 — 5.04 … Broad 7’9.5 … Short Shuttle 4.47 … Power Ball 29’6
Another loaded class of 22 talent coming from Collinsville, Tehee is a player that looks to be among the next nice players in the Cards solid football history. Just a freshman this past season, Tehee has time on his side and is a player coaches are excited to see his potential. Did post a 4.47 short shuttle and a 29’6 powerball at the camp, not bad numbers for the sophomore to be. 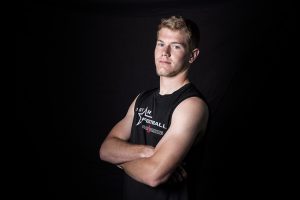 40 — 4.59 … Broad 8’8 … Short Shuttle 4.72 … Power Ball 32’2
Had the fourth fastest time in the 40 yard dash of any WR from Oklahoma at the combine with a 4.59, and he is also the tallest and biggest as far as length receiver at the six star combine, this 6-4 180 pounder senior to be from Cashion is a player that really can get up and catch those tough to make plays over smaller DBs, a player that really can really makes some big impact for his team, should be a fun season to watch 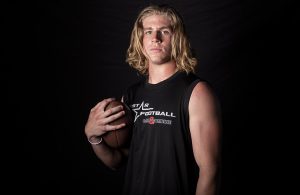 40 — 4.85 … Broad 8’9.5 … Short Shuttle 4.37 … Power Ball 36’8
Walker is one of those big and lanky receivers that stands 6-3 and weighs 175 and is a target for Moore that should be a key element to their passing game. Has a knack for making needed plays for Moore and is a player that always fights well for those extra yards his team needs. Tied for fourth in the shuttle among all Oklahoma receivers with a mark of 4.37, shows just how quick footed he can be, considered a dangerous threat with the football in his hands. 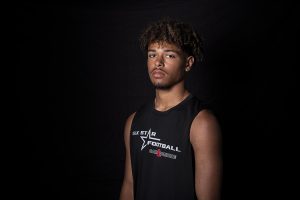 40 — 4.82 … Broad 7’10 … Short Shuttle 4.53 … Power Ball 32’3
A player that Collinsville has high hopes for as he enters his junior campaign with the Cardinals. Wilson is a 6-1, 180 receiver who really can use this to his advantage. Wilson has some of those skills that translate well for some big plays and putting his team in some good field position for sure. With a shuttle of 4.53 and a power ball of 32’3 Wilson put up some figures to take a look at for sure. 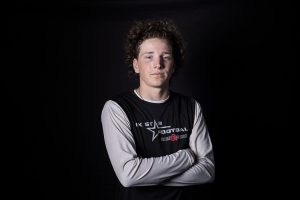 Winters had a strong showing in the combine portion of the event, running a 4.70 40 and turning in a terrific broad jump of 8’11. He has the kind of size college programs look for at 6’3, 190 and film shows a player with strong hands and the willingness to mix it up and play a physical brand of football. 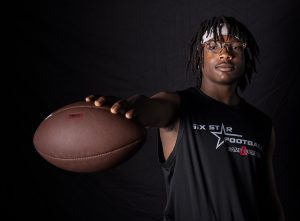 40 — 4.91 … Broad 7’8.5 … Short Shuttle 4.37 … Power Ball 27’10
Tied for fourth in the shuttle among Oklahoma receivers at 6Star combine with a mark of 4.37, Woods has some nice footwork for sure. The Moore two-way baller, also a LB, is a player that is a young and an coming on a deep and talented club, but Woods fits that great mold so many of the athletic players have held that come through the Moore program. With three years left to produce no doubt coaches are eager to see just how good the young wideout can be.

★RANKINGS UPDATE: A look at several defensive players on the rise

★RANKINGS UPDATE: A look at several offensive players on the rise 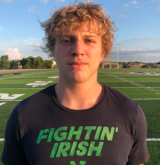