Six Star Football takes a look at several ballcarriers who impressed in STL.

Ball is a player that has the makings of becoming a good one at Francis Howell Central and is a class of 2024 play maker that is looking to climb the ranks and be  a hot one to know in the STL area 2024 class. Impressive player that has a bright future and a guy that we could see being a major terror in 2021. 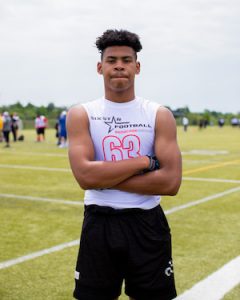 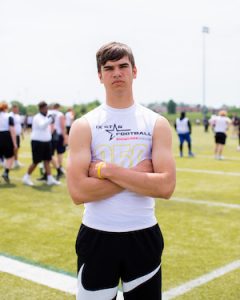 Waylon
DeGrave
WR | 6'0 | 153
Monroe City | 2024, 6-2, 175,  WR, 2024, Monroe City @waylondegrave
A fine looking class of 2024 WR prospect from Monroe City, DeGrave posted a top notch 30.6 inch vertical among the younger class standout athletes at the 6Star Football STL Showcase, no doubt 6-2 good size to be a major downfield target and play maker of the future and a player that we expect to tear it up in Missouri football in 2021.

Nicholas
Eaton
WR/TE | 6'2" | 160
Lindbergh | 2024, 6-2, 160, TE, 2024, Lindbergh @nicholas_eaton
Good looking class of 2024 play maker from Lindbergh, Eaton  has a longer 6-2 frame and can pose some threats for DBs to have to match up against, no doubt a play maker to watch out for. A good looking TE, one of those play makers that should be in for a big sophomore year. One of the most impressive younger playmakers in the STL. 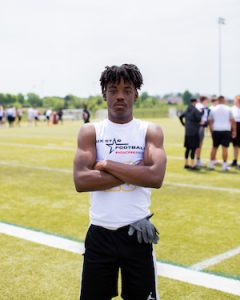 Kion Gibson, 5-11, 170, WR, 2025, Lutheran North @314Kion06
Gibson was one of the youngest and most impressive looking young WR targets at the 6Star Football STL Showcase, no doubt a player that can make some big time plays. Gibson can be a key deep downfield play maker and target always capable of making the next big play and his career is just beginning, should be in for four huge years ahead. 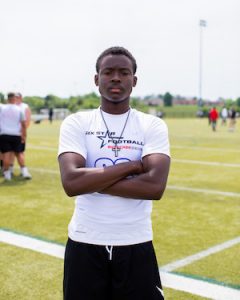 Arris
Harris
WR | 5'11" | 160
Brentwood | 2024, 5-11, 160, WR, 2024, Brentwood @AJSMASH100
With a 33.5 inch vertical no doubt Harris is one of the guys that can sky among STL talent  in the WR class of 2024, with three years left no doubt Harris has the potential to be a big timer, good skills and hands plus being a big  time natural athlete, we expect some huge things from the super sophomore to be in 2021.  One of the major athletes that will really make a big time name for himself in the upcoming year, impressive play maker. 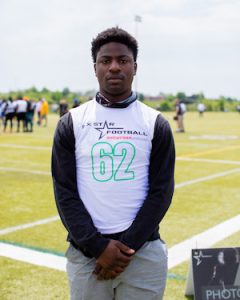 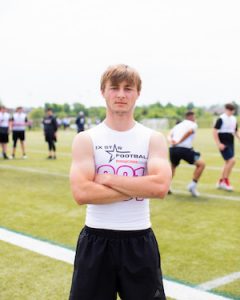 Ethan
Lollar
WR/TE | 5'8" | 150
Troy Buchanan | 2024, 5-8, 150, WR, 2024, Troy Buchanan @EthanLollar
One of the very impressive looking young athletes from the Troy Buchanan program, Lollar is a play maker that should be a key sophomore in the 2021 season ahead and a play maker  that can make the big plays happen. Lollar is a player that can use his track speed to beat guys down the field, good route runner and a guy that can  just outrun the defense and create havoc for DBs trying to  figure out how to stop him in the open field. 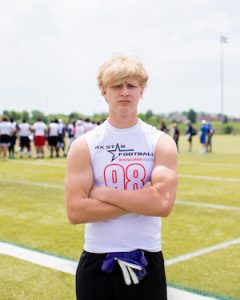 Preston
Mace
WR/TE | 6'2" | 170
St. Francis Borgia | 2024, 6-2, 170, WR, 2024, St. Francis Borgia @mace_preston
Good looking athlete and play maker from St. Francis Boriga, Mace has a 6-2 frame and can make life hard on smaller DBs going up to try and defend against the good sized super sophomore to be.  Mace is a player that has had an excellent offseason, a relentless worker and a play maker that is looking like one of the top prospects to have on the radar in the class of 2024.

One of the most physically gifted and bigger and physically built WRs that showed out at the 6Star Football Showcase in STL was for sure CBC super sophomore to be Jeremiah McClellan, a player that could bethe next man up among their tradition of big time offensive weapons, McClellan is a player that had a 34.5 inch vertical, one of the tops among WRs and a player that we think is going to be in for some huge seasons ahead.