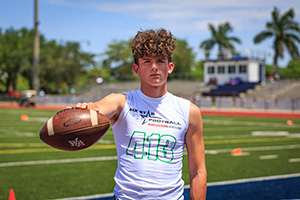 STOCK RISERS | Broward Area defensive prospects to know (2024) – We look at some of the super sophomore defensive standouts to know in the Broward area coming up,  Players that are making big names early in their careers on the defensive side of the ball and key play makers entering what will be big junior seasons for 2022. 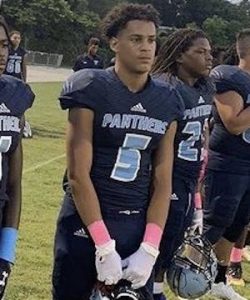 @showtimemj_
Anderson from Somerset Academy is no doubt a player that has come along quickly and emerged as a go to middle defender that is tough and physical as a key young tackler in the heart of the Somerset Academy defense. Anderson, a 5-10, 180 speed backer, is a player that racked up 67 tackles and was fourth on the team in  tackles.  In his nine games he also had two tackles for losses and had a 7.4 tackles per game average.  Young and talented, Anderson will be back for more and could be a 100 tackle guy in 2022.

@justin_bodford
Bodford is one of the elite players on our list, a major gifted  big man that is very hard to find, moves well, great footwork and does it all at 6-1, 285 pounds on the Western High D-Line.  No doubt this big man is one of the most gifted players in Florida in the 2024 class and a blow it up kind of recruit on the Defensive front to know. Bodford finished fourth on the team with 59 tackles and added 17.5 tackles for losses, second most on the Wildcats  roster for 2021. A pure defensive menace against the running game almond a major talent on the radar to know.

@Reggie_j11
Joseph will join teammate Justin Bodford to form two of the must know names in the 2024 class among Broward Area DL prospects, and Joseph brings the speed and length from his rush end spot that is hard to match for OL and blockers. Joseph will look to be one of the key speed guys and has that talent to be one of the top names to know on the defense in the coming year,  His speed will be used as extra pressure for the talented unit and Joseph is a player you will need to know for 2022. 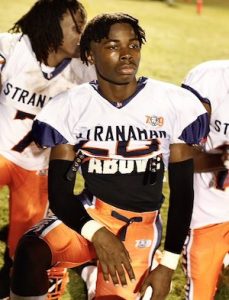 @KalebLawrence21
Lawrence is a play maker and and makes our top talent list from his SS spot, one of the enforcers and hard hitting machines in the defensive backfield at Stranahan to watch out for in the coming years. Lawrence with 41 tackles in 10 games was the leading underclassmen for tackles on the team this year on  a senior heavy defense for the Mighty Dragons.  No doubt Kaleb will be the go to veteran leader entering his junior season in 2022 and his key experience and toughness will be a huge asset in the coming 2022 campaign. 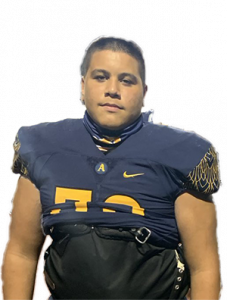 @DavidPein_jr
Pein is a player that really has grabbed our attention, especially among big men in the 2024 sophomore class, one of the future potential shining stars among DL in the Broward area, Peinn is a 245 pounder that is tough against the running game and got some valuable playing experience in some guys on the stacked for talent defense at Aquinas.   No doubt one of the most talented teams in the state, Pein will be one of the juniors that will be looking to be a force and grab more and more playing time in what looks to be a big junior season ahead in 2022.

@RemingtonRober3
Roberts will be one of those key play makers coming back at Westminster and a guy in the secondary unit that will be key in stopping the passing attack in 2022. Roberts is a good looking built 6-1, 170, some height that can help in the open field to make some big plays while the ball is in the air.  Roberts had 23 tackles in eight games and was among the top underclassmen for tackles on the team this year. Had 19 solo tackles and four assisted tackles on the 2021 year as a sophomore to know.

@n_rodriguez5
Nick Rodriguez could be the most talented player in the Broward area, no doubt he is a one of a kind machine at his linebacker spot and an outside speed play maker that is seldom seen with his footwork and play reading skills.  This hot ‘24 class OLB had 63 tackles good for second most on the team in 2021.  Nicholas had 4.8 tackles per game, and in his 13 games racked up 39 solo and 24 assisted tackles on a huge sophomore season. Maryland, Ole Miss, Arizona, and Jackson State are among the most recent and impressive offers on the table for this hot ‘24 OLB prospect to know.

@TemproEvan
Tempro is a very talented play maker in the heart of the Lions defensive unit and a player that can use his vision and length to make lots of key  track you down in space plays, no doubt his  longer 6-4 inch frame really pays off big when he uses his long strides to get players from behind and close the gaps on the field. Its this that helped Tempro finish second on the team with 51 tackles for 2021 and 29 of those were solo and 22 being assisted stops for the Lions.  Huge talent doing big time things at Westminster.

@Rashawn2024
Watson is a big man on the edge at 6-2, 240 not just another smaller and fast DE prospect but a guy that can bring the heat and the power from his end spot in the Lions lineup.  This Westminster big man is a player that had four tackles for losses in his six games and is one of those guys that could be a 10 + tackles for loss edge man in a big junior season ahead in 2022. Watson has a good football frame and was able to get into some key games and time this year, and played in  six games with 15 tackles,  Watson will look to be a guy with 30 plus tackles in 2022 and be one of the main edge threats in the lineup. 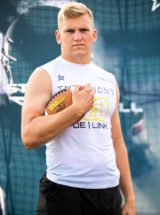 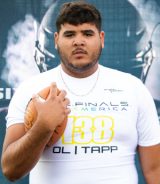