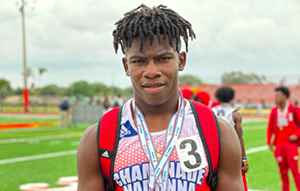 STOCK RISERS | Broward Area rising junior LB prospects (2023) – We look at some of the most impressive play makers in the 2023 class among linebacker from the Broward Area.  No doubt some guys that are jumping onto college radars with their speed, talent and play making skills in the heart of the defensive unit.

@recemono
Brooks is a very impressive athlete at Flanagan and a player for the high radar watch list in the Broward Area.  Brooks is an elite speed prospect and one of the hardest players to block in the Broward area, this edge  star was third on the Falcons in tackles with 33 tackles in six games for his impressive junior season at Flanagan.  Brooks is one of the elite speed attackers at backer in the area and a guy that has sky in the limit kind of potential.  Colleges should love his quick first step and explosive playing style to the football. 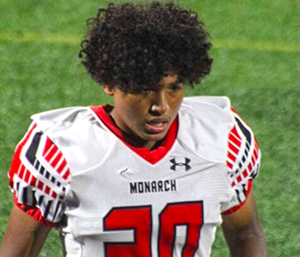 @CoreyBaugh6
Baugh is a very fast play maker and a key speed guy for the Monarch defense.  Can play both defensive back and linebacker and is one of the risers to watch out for on defense in the 2023 class for Broward area standout names to know.  Baugh is a very explosive play maker to the football and really does a nice job of timing his hits on the football and making impressive plays on the ball.  Very fast and speedy, one of those guys that plays up and is excellent against the run and can use his speed to blow up one big time play after another for the Knights defense.
📸   courtesy @CoreyBaugh6 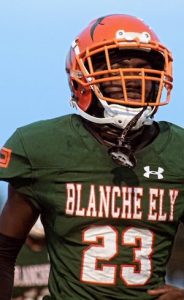 @ernstcharitejr_
Charite transferred to the Deerfield Beach program after a strong season competing for Blanche Ely and is one of the most talented and most underrated looking up and coming junior prospects in the Broward area. Charite is a speedy and athletic prospect that can play both linebacker on the outside edge and corner as well, a talented and versatile weapons on the defense, Charite has a big future and looks to be on the horizon as a key senior-to-be prospect to watch in 2022.

@RomellDorcin
Dorcin is a 5-10, 215 powerful hitter and built for toughness backer at Cardinal Gibbons, one of the guys that can use his body to be a huge hitting machine.  Played in 11 games for the Chiefs and had 30 tackles for his junior campaign.  Dorcin is a force in the middle and is a very impressive durable tackler whose smart and plays hard and aggressive in the middle. Dorcin added two tackles for losses and had nine solo tackles and 21 assisted  stops for the 2021 season.  A name to know at Cardinal Gibbons coming up with experience looking for a huge impact senior season in 2022. 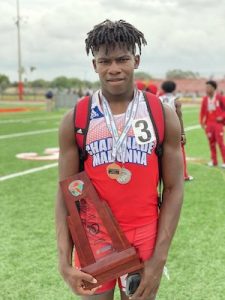 @JJunius4
Junius should be a good one to know in  the 2022 season and is a player that has been impressive for the Chaminade-Madonna Program.   Junius is a very impressive looking outside speed man and at 5-11, 190 pounds is a player that can rack up some huge stops and was fifth on the team and the leading junior tackler on the Lions in 2021 with 67 tackles in 12 games. Junius had 39 solo tackles and 28 assisted tackles on the 2021 season and is one of the top play makers on the team to watch out for in 2022. Also a track and field standout, Junius is a big time senior in 2022 to know at power Chaminade-Madonna. 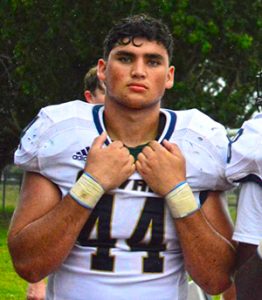 @lucas_mielke
Lucas is a huge talent no doubt and was the Eagles leading tackler as a junior backer in 2021 with 78 tackles, 7.8 per game, a big eight tackles for losses, had 33 solo tackles and had 45 assisted tackles for Calvary Christian Academy.  One of those impressive play readers that every team loves to have in the middle, a guy that seems to know where the play will develop before it even happens and a guy with some size and hitting power also at 6-1, 215 pounds. 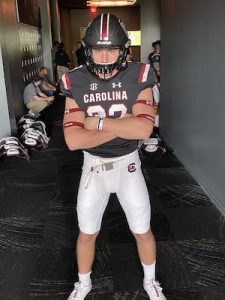 @OttenGreg
Otten is a machine. A key part of a very talented and deep linebacker crew for the Chiefs at Cardinal Gibbons, Otten is a player that can use his elite power body to be a huge enforcer, build like a tank and plays like one too. He is a man on a mission and plays like that each and every  down for the Cardinal Gibbons defensive unit. A huge playmaker in 2021, Otten finished  third on the team in tackles with 48 tackles and added six tackles for losses on the season.  A workout warrior in the weight room, Otten is a player we expect to land a lot of next level offers with his combo of size and tackling skills. 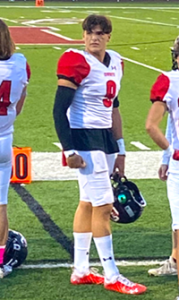 @DomGoLive
Sacco is a very talented looking athlete and play maker that can really get after it in the heart of the Coral Glades lineup and is a player that can be very quick and aggressive to the football, a smart player and one of those backers that finds a way to always be around the action and is a powerful hitter that is always capable ot making some huge hits on the ball and a fumble causer kind of impressive play maker to watch out for. Sacco had 18 tackles in six games for the Jaguars in 2021.

@humbledjay5
Smith is one of the guys that really has colleges looking hard with his elite speed, guys is one of the most intense speed backers in the state on a loaded for college defense.  Smith is a player that had 28 tackles in eight games for the 2021 season and added 18 assisted tackles and 10 solo tackles for the Patriots defensive unit.  Smith pulled in a Syracuse offer in December and the Orangemen are the first of many we can see offering this outstanding athlete for the next level.  Smith was impressive with speed and coverage skills in 2021 and has the ability to be one of the hottest risers among ‘23 play makers that will be out there come 2022.