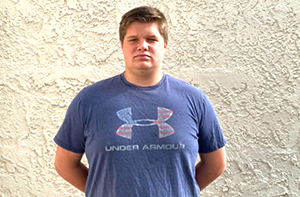 The upcoming offseason can be critical for rising sophomores looking to take their game to the next level. After putting together a strong campaign in 2020, these prospects are among many in the rising 2023 class to watch this spring and summer as they gear up for their junior season. Already several prospects have caught the eye of college programs, either picking up Division I offers or have drawn significant interest.

Here, Six Star Football takes a look at several rising OL prospects in the 2023 class out of the Broward area.

Jadon Brown, 6’2, 315, OL, 2023, American Heritage @JadonBrown9
A big stock riser in his class, Brown is a versatile offensive lineman who shows great leverage and upside at his position. He has a nice combination of upper and lower body strength and is able to handle himself against speedy and athletic edge rushers. He can also see time matched up against interior pass rushers and shows good balance and a strong nature went in the trenches. A hard-nosed player who has the build and the athleticism in the overall power to make a stand and he is likely to continue to add weight and muscle and continue to make plays moving forward. 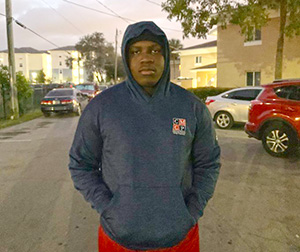 Deandre Duffus, 6’5, 300, OL/DL, 2023, Chaminade-Madonna @liberia_made
A dynamic offensive lineman who shows the ability to dominate as both a tackle and a guard. He has great size for the position and shows a good burst off the line and good hands as well. He is very strong and has the ability to grab a hold of an opponent and jerk them around. He can push his way down the field but also stand up opponents and turn them completely. He can also see time on defense but he really sets a tone offensively.He currently holds an offer from Oregon, the University of Miami, Penn State, Florida, Maryland.

Elvin Harris, 6’6, 300, OL, 2023, Chaminade-Madonna @Liberia_elvin
A tough and well-built prospect who has great size and a terrific upside as a tackle. He gets out quickly and can grab a hold of an opponent and take them on a trip. He is a great option who can create massive holes on the edge but is also capable of standing his ground and making plays against extremely creative edge rushers. He shows great length and strong hands and has a nice combination of size and strength and quickness at his position. A player who continues to improve and is showing up and playing his best against the best competition.

Rico Jackson, 6’5, 290, OL, 2023, Dillard @RicoJackson66
A solid lineman who has been setting a tone and showing out since the first stepped on the field. Jackson has a good frame and great overall size and shows quickness after the snap. He is capable of handling himself in one-on-one situations and can make plays against athletic and creative edge rushers. He has good instincts and a terrific frame and is great at using his way to his advantage to lean on players and take them to the ground. A terrific option on designed runs as he shows mobility and power. Jackson currently holds offers from Syracuse University and the University of Miami.

Ryan Mickow, 6’6, 285, OL, 2023, St. Thomas Aquinas @MickowRyan
Mickow is a multiple position athlete who can see time on both sides of the ball. He can see time as a guard and shows the ability to keep back interior rushers and is great at moving them completely out of the way. He is great in the run game and shows the ability to drive his feet and push opponents back and create holes. He is great at finishing blocks and has a good upside across the boards. He has an elite frame and he continues to apply himself in the off season and in the weight room. He currently holds offers from Syracuse, Miami, University of Mississippi and Maryland.

Tyler Sternberg, 5’10, 230, OL, 2023, American Heritage @TylerxSternberg
A nice player for Heritage who has seen varsity action and shows some force and ability to stand his ground well. He is a solid player who has some strength and balance and can make plays against some skilled and athletic pass rushers. He is able to see time as a center and a guard and he has good hands and can just play strong and look to create openings for the run game.