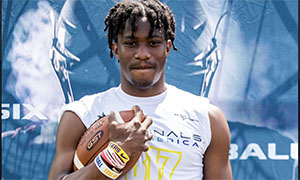 With the 2022 season underway, Six Star Football takes a look at several talented prospects who have drawn new NCAA Division I offers in recent weeks. 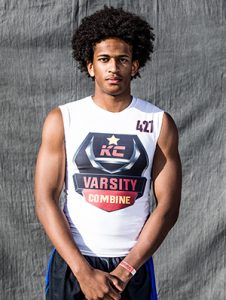 A multi-sport athlete who is also a standout on the basketball court, 2023 Darin Conley picked up his first offer from Ball State in late August and added an offer from Vanderbilt on Friday and has continued to shine this season. At 6’4, 225-pounds, Conley has the kind of size and athleticism that college football programs look for in a prospect, and has continued to shine this season. He had a big week 1 performance, recording three sacks, three QB hurries, a forced fumble and a blocked field goal against St. Pius X. Also a track and field standout, Conley competed in the triple jump, 4×100, shot and discus last season.

A strong and powerful lineman who hits hard, moves exceptionally well off the line and in space and shows good upside moving forward. He is listed at 6’5, 290-pounds and he holds his weight well and has good experience and technique. A mobile athlete, who can win one-on-one matchups and then get into the secondary and continue to create for the run game. He has good control, strong upper body strength and is comfortable matched up against the opposing team’s top pass rusher. A clear standout for Jackson, Coon recently received his first D1 offer from Morehead State University. 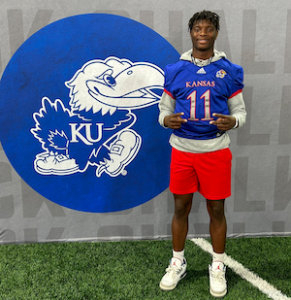 Lee’s Summit 2024 WR David Dossett has blown up this season, drawing FCS level offers and interest from a host of programs. At 6’3, 190-pounds, Dossett has terrific size and athleticism, is a standout route runner with strong hands and terrirfic big play abiliti4es. In five games this season, Dossett has caught 29 passes for 343 yards and three TDs and has teamed with Mizzou commit Joshua Manning

Joshua
Manning
WR | 6'3 | 190
Lee's Summit | 2023 to form one of the state’s top 1-2 WR threats. He currently holds offfers from Mizzou, Kansas, Kansas State and Arkansas State and is drawing interest from several other programs as well. 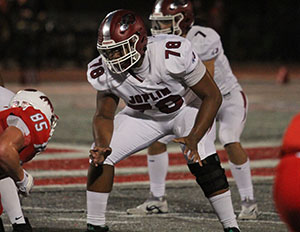 A first team all conference and second team all state lineman who shows a great combination of size and strength. Holt is listed at 6’5, 290-pounds and he has good footwork and mobility and can handle himself against strong and physical pass rushers as well as quick and creative ones as well. He can see time as a tackle and guard and is good at creating running lanes and can take opponents off their feet and can also get to the secondary and make additional blocks. He picked up a recent offer from Kansas State to go along with his offers from Iowa State, Eastern Michigan and Missouri State. 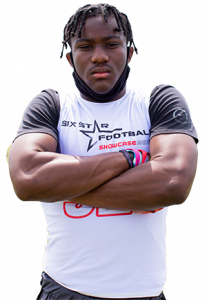 CBC 2024 standout WR Jeremiah McClellan picked up an offer from Kansas State on Sunday. Talented CBC receiver has been tearing it up through the early stages of the 2022 season, hauling in 18 passes for 421 yards and five TDs in three games. Blessed with elite size, strength and playmaking skills, McClellen is a threat to get behind a defense on nearly every play. He has the ability to make defenders miss in the open field, can haul in tough catches in traffic and isn’t afraid to work the middle of the field. Currently the No.2 ranked overall prospect in Missouri’s 2024 class, McClellan has drawn numerous Division I offers already and is adding more this season, including recent offers from Ohio State, Texas A&M and Kansas State in September.

An impressive athlete who can see time on both sides of the ball and shows great quickness and awareness. Ross is an elite player in the area who has great speed, good physicality and good upside to his game. He reports an impressive 4.49 40 yard dash and can use his speed as both a pass rusher and a receiver. A big, muscular player who has long strides and the ability to absorb contact and stay on his feet. Ross recently picked up an offer from Tennessee to go along with his offers from Michigan, Minnesota, Arkansas, Illinois, South Carolina, Mizzou, Notre Dame, USC, Oregon, Iowa and Nebraska to name a few.