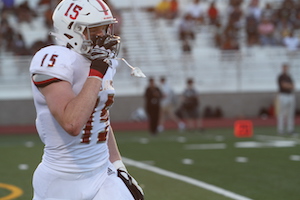 A look at several  prospects who have raised their profile this season.

With the 2022 season underway, Six Star Football takes a look at several  defensive prospects who have impressed through the early stages and drawn the attention. of college programs in the process. 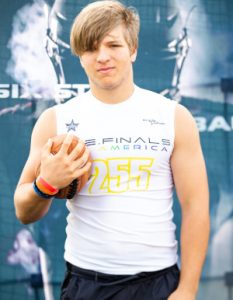 Another three sport athlete who shows good speed, toughness and physicality as a defender. He is listed 5’11, 200-pounds and he shows good strength and the ability to take space away from ball carriers. He has good reaction time to offensive schemes and backs and can fight through blockers and pressure from the inside and outside edge as a rusher. A versatile player who hits hard and is smart and good at stopping the run and one who continues to work on his strength training and physicality.

@TannerF4348
Raymore-Peculiar 2024 Tanner Franklin is a bit undersized for a free safety prospects with a reported 5’8, 165-pound frame, but he plays with heart and is seemingly everywhere for the Panthers’ defense. Coming into Friday’s contest against Blue Springs South, Franklin had recorded 27 tackles in the first three games of the season, and on Friday, he recorded his first INT of the season. Franklin is terrific at reading plays as they develop and flying to the ball is a tough, physical tackler in space. At 5’8, Franklin has underrated strength, reporting a 255 bench and 315 squat.

A strong and athletic linebacker who has good muscle tone and a lot of hustle and determination. Humphrey is listed at 6’1, 200-pounds and he shows a high IQ and the ability to work his way through blockers and hit ball carriers in center field and even do so before they gain a yard. He is a multiple sport athlete who has good strength, toughness and a good motor as well. A hard tackler for Park Hill who can come off the edge, play the pass and hold his own in space.

Fans of area high school football knew new head coach Michael Rose-Ivey was going to make hay with a standout crop of defensive prospects in the folder at William Chrisman as the former Nebraska standout has helped guide several prospects to a strong start to the 2022 season, including 2024 DL Spencer Key. A talented 6’2, 240-pound prospect, Key has good strength and is quick off the snap for the Bears. He can play on the interior of the WC defensive line or as a pass rushing end and has impressed with his toughness and competitiveness this season.

A quick and underrated athlete who is good at staying with receivers and making plays on the ball, but also has some potential on the offensive side as well. Through three games he has recorded 13 receptions for 233 yards and has nine carries for 80 yards and three total touchdowns.  He has good foot speed and good hands, accelerates well and is good at getting up in making things happen through the air. Minnis also has also received a game day invite to SIU.

Another versatile player who can make things happen on both sides of the ball. Torry is a DB / ATH who is constantly pushing himself with strength training. He is one of the more underrated safeties in the area and has the ability to lay-out opponents quickly after the catch and even break up passes as well. A strong and physical player who can take away space and quickly get out of coverage and get to the ball carrier. At last report he has a 295 bench press and a 500 back squat. Also a standout in the classroom with a 4.22 GPA.