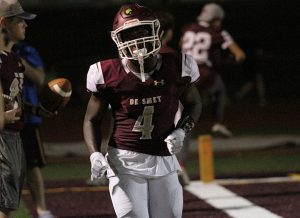 ST. LOUIS — With college coaches across the country evaluating film and gearing up for a return to camp season, Six Star Football takes a look at several of the top RB prospects in the St. Louis  area in the 2021 class that college programs are sure to be following in the upcoming months.

Also an all-state basketball player, Alexander has been a varsity contributor since his freshman season at Christian, making an impact on both sides of the ball. He is an explosive RB prospect, able to breakout away from a defense for big plays and can carve out tough, hard earned hard yards between the tackles. He had 317 yards rushing and 346 yards receiving last season while recording five INTs on defense. 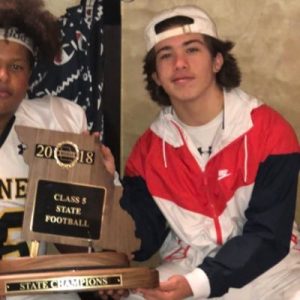 A terrific RB for Vianney and an underrated prospect in the St. Louis area. Barcom had a breakout year last season rushing for 1673 yards (7.5 yards per attempt) and 10 touchdowns on 224 attempts. He’s listed at 5’9, 160-pounds and shows good athleticism and the ability to create his own through contact. He sells fakes well and can make moves and gain big plays with his legs. A solid overall player who has breakaway speed and can make things happen in tight spaces and in the open field.

Barfield’s recruiting has picked up as he’s recently received offers from Washington State, Northern Iowa and Utah State to go along with Ball State, Missouri State, Kansas and Toledo to name a few. Barfield has great size, a strong frame and great overall athleticism. He can shake off defenders and power his way through strong opposition and would-be tacklers down the middle but can also find the edge and outrun his opponents as well. A talented player with a high ceiling who has put in the time and shows natural instinct for the position.

Another strong rushing option for DeSmet who brings power, speed and a great work ethic and personal drive to the field. The recent Mizzou commit has great hands and the ability to operate with and without the ball. He can make plays as a receiver and goes north and south. He is great at making opponents miss and brings toughness and physicality to the position but he also has the athleticism needed to operate outside and down the field. Before committing to Mizzou, Butts had offers from Illinois, West Virginia, Iowa State and Purdue to name a few.

An explosive player who has a good bounce to his step. He can find angles and stops on a dime. Listed at 5’8, 165-pounds, Flint has terrific speed and a playmakers mentality. He has good balance and vision for his size and can zip through coverage and run past opponents. He looks to avoid contact but can keep the play alive at times through contact. The leading rusher for West last season, Flint averaged 10.2 yards per carry and had 1042 yards on 102 attempts. He also had 18 total touchdowns, 16 on the ground.

The leading rusher from Cardinal Ritter and a strong prospect in the St. Louis area. Jackson is listed at 5’10, 175-pounds and can find his way through a crowd and has good footwork and solid control. Through six games Jackson tallied 847 yards on 76 attempts. He also had nine touchdowns and averaged 11.1 yards per attempt.  He currently holds offers from Arkansas State, Kansas, and recently holds an offer from Miami of Ohio. Jackson has also received interest from several other D1 programs. 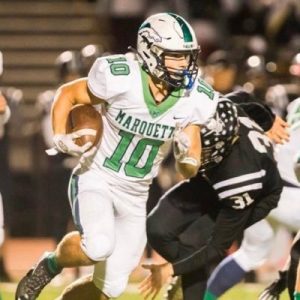 As productive a RB as you’ll find and an intriguing prospect to boot. Kreh has great size at 5’10, 205-pounds and shows good physicality and a nose for open paths wherever he is on the field. The all-state, all-metro RB has recently picked up his first offers from Truman State, Grand View and Lindenwood. Kreh turned heads last season after he finished with 2238 yards and 27 touchdowns on 280 attempts while averaging eight yards per carry. Kreh has good athleticism, a strong frame and nice overall playmaking ability. 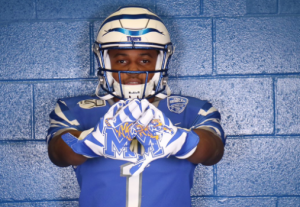 This offseason Johnson has seen his recruiting take off in recent months. He now holds offers from Tennesse-Martin, Missouri State, Miami (OH), Murray State and Indiana State to name a few and also has other D1 programs showing their interest. Last season Johnson had 1641 all purpose yards and 17 total touchdowns. He has good hands, solid footwork and a versatile overall skillset. Although we see him as a RB he sees a lot of time as a slot receiver as well. He has good speed and just seems to find ways to make plays with the ball in his hands.

It’s hard to imagine a more loaded team at the RB position. DeSmet’s talented and recent Miami (OH) commit shows a high upside and a lot of tools that make him stand out among the top skill prospects in the state. Snider is well-conditioned and has added muscle and that extra notch of physicality needed to make an impact. He has great speed at 5’9, 185-pounds and can run circles around a lot of the competition. Snider has a high IQ and sees the field well for his position and is always full of surprises.