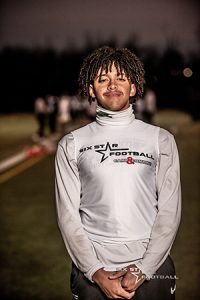 With the 2021 season entering the district playoffs, Six Star Football takes a look at several of the St. Louis Missouri’s top senior ATH prospects  who are drawing significant college interest late in the season.

@_JayGoHard_
An impressive athlete who has good upside and some real power with the ball in his hands. He is a strong player and has good balance, good vision and the athleticism needed to make things happen in space. The leading scorer for Timberland, Harris averaged 8 yards per carry on 113 attempts with 1,110 yd and 20 rushing touchdowns. He also averaged 14.5 yards per catch on 19 attempts and had 275 receiving yards and one receiving touchdown. Defensively through eight games he had 29 tackles with 19 solo, one tackle for loss and three interceptions. He also averaged 23.4 yards per return for the year and had one return touchdown. An all conference DB and RB who Harris currently holds offers from Missouri Southern State and a PWO from Mizzou. 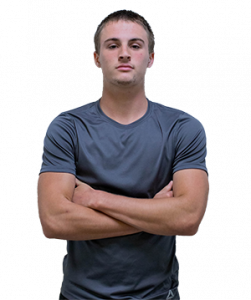 @EricOhmer
An impressive, multidimensional athlete who can see time on offense, defense and special teams and excels wherever he is placed. He is athletic and loose and disabled to make things happen with the ball in his hands, showing good footwork and speed as well as good strength and muscle tone moving forward. A defensive standout who can come away with the ball and make things happen in space. He’s recorded 29 tackles for the year with three fumble recoveries and an impressive for interceptions. He’s averaging 6.5 yards per carry through nine games with 812 rushing yards and 9 touchdowns. He’s also averaging 38.7 yards per return on 11 attempts and is also a standout punter. Ohmer also has offers from William Jewell, Culver-Stockton and Missouri S&T. Ohmer is also a stand out in the classroom with a 3.7 GPA and a 24 ACT score. 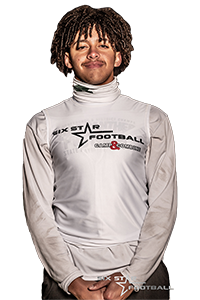 @chrisreckel2
Another multiple position athlete who can mix things up as a ball carrier, receiver, defensive back, QB and occasional punter and returner as well. Reckel is a tall and athletic prospect and one of the more underrated athletes in the St Louis area. He has good size and athleticism and is capable of creating in a variety of ways with and without the ball. He sees the field well and can create space and find ways to move the ball after the catch on the ground and through the air. A player who helps set a tone on both sides of the ball and shows good leadership and a lot of hustle and energy.North’s leading scorer (17 touchdowns in eight games) and all around glue player who has 800 yards with 397 rushing and 403 receiving. He’s averaging 7 yards of carry and 16.8 yards per catch. He reports a 4.5 40-yard dash and a 3.0 GPA.

@adisaroberts3
An athletic and agile prospect who is capable of making things happen on both sides of the ball. He has good speed and versatility to his game and is able to get up and make things happen through the air. A physical DB who can make good tackles and plays on the ball. Is great with the ball in his hands, able to create after the catch on offense and in special teams. Roberts averaged 19 yards per catch on 18 attempts and had 342 yards receiving and five receiving touchdowns. Defensively through seven games he had 29 tackles with 27 of them solo, one fumble recovery and one interception. He also averaged 25.1 yards return on 12 attempts with 301 total yards and one return for a touchdown.

@AydenRobinsonW
A strong, multiple sport athlete who shows good quickness and strong athleticism with the ball in his hands. Robinson-Wayne is a good sized prospect who has good speed and good muscle tone. He shows a good ability to sense defenders and find separation and can line up both inside and outside the numbers. A player who can be asked to see time and numerous positions, but Robinson Wayne has established himself as a talented receiver who shows some upside moving forward. He has performed extremely well against strong defenses and has scored touchdowns and had his best performances against the best teams on the schedule. He is averaging 13.5 yd per catch this season on 35 attempts and has 471 yards and four touchdowns.

@masontaylor1738
A versatile prospect to seize time on offense, defense and special teams, Ladue 2022 Mason Taylor can seemingly play anywhere. As a tight end,, he averaged 13.7 yards per catch on 10 attempts and had one receiving touchdown this season, showing good hands and toughness as a blocker. Defensively through eight games he recorded 39 total tackles with 26 solo, seven tackles for loss and one sack. One of the state’s top rising special team’s players, Taylor was a standout punter who averaged 4an eye-popping 7.9 yards per punt. 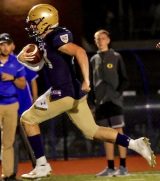