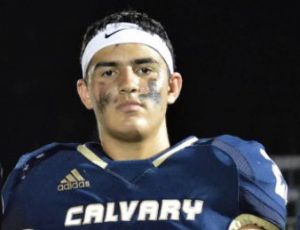 STOCK RISERS | Under-the-radar Broward area DB prospects (2023)- We take a look at some of the names to know and key play makers in the 2023 class for the Broward area among defensive backs and key secondary play makers among risers to know.

@ad2_thegoat
Allen is a 6-0, 170 play making corner and free safety that can really turn it up on the field and make some huge plays happen for sure. Allen had a very big season as a hot play making defensive back, racked up 45 tackles, and had 18 solo tackles and 27 assisted tackles on the season. No doubt a big time looking athlete and play maker to watch out for.  Allen will be one of the Chiefs top play makers loaded with experience returning for the 2022 season. 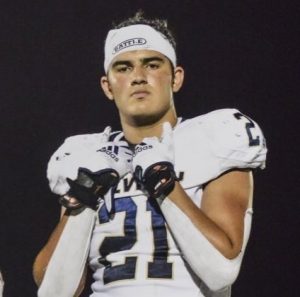 @CooperAurilia
Aurillia is a good looking athlete and key play maker for Calvary Christian, senior to be in the 2023, Cooper is a player that finished fourth on the team in tackles with 53, had 31 solo and 22 tackles in his 10 games in 21 and averaged 5.1 tackles per game and had seven tackles for losses also as a pure menace coming out of the secondary unit.

@TDrisdom5
Drisdom is a play maker that really had a huge junior season at Cardinal Gibbons and no doubt was one of the elite looking big time players that had a monster year with four interceptions, 47 tackles, three forced fumbles, and was a guy that was one of the most relentless ball hawks in Florida, one of those guys that makes very quick breaks on the football and is a great looking athlete that is fast and heady on the field.

@le7_era
Had 17 tackles in nine games this past season from the secondary unit and is a very impressive looking play maker, good looking length and height at 6-3 inches tall as well.  Evans holds a pair of very impressive D1 offers from Iowa State and Rutgers so far, no doubt his height and speed on the field warrant major D1 looks, attention, and offers for his impressive skillset.  Really a complete package type play maker for Stoneman Douglas. 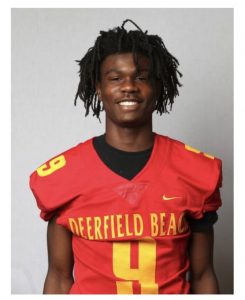 @harlemhoward
Howard is one of the very impressive looking play makers in the 2023 class, this Deerfield Beach speed weapon is a player that one of those big time smart players and is always around the ball as a major  ball hawk that has his best skills coming as a guy that us good at covering, and picking the ball and thus hot DB prospect had  nine picks, 2 pick 6s, 11 PBUs,  3 TFLs, 34 tackles, 2 blocked punts, and  1 blocked field goal for a touchdown.

@GLenamon
Stoneman Douglas has loaded talented in the 2023 class in their secondary unit and one of those seniors to be is hot play maker Gabriel Lenamon, a very impressive looking athlete that can be fast and plays fast on making plays on the ball in the air, no doubt one of those flyers to the football with some excellent speed to watch out for. Lenamon was the team leader for tackles this season with a big time looking 66 tackles in nine games and had a huge nine tackles for losses as well.

@_Kmurray7
Murray has one of the best football builds there is among defensive backs and safeties in the state, a very impressive looking athlete and play maker to know, Murray has been a huge team leader in 2021 and is one of the top play makers coming back for a big 2022 season. This huge talent and side line to side line tackling machine had a big time year with 73 tackles, two forced fumbles, and one interception on defense. Murray will be competing at this year’s Six Star Football Florida Showcase on Jan. 29 at Somerset Canyons in Boynton Beach.

@DangeloPondss
Very impressive looking play maker, Ponds is one of the top play readers in the 2023 class and a player that really explodes through his tackles and delivers some of those huge nasty hits. Ponds is very quick to make a read on the ball and then is an elite closer for his speed and ability to make up the ground in a very big hurry. Had 53 tackles on the year in  12 games and is one of the main reasons Chaminade-Madonna had such a big season in 2021.

@Traejon1
Roberts is a very talented play maker and one of those guys that can close fast on the football for Stoneman Douglas. Traejon has great speed and is one of the elite looking play makers on the defensive unit, Roberts was third on the team in tackles for 2021 and finished with 36 tackles in eight games with 29 solo and seven assisted tackles for the year.  No doubt a very good looking athlete, quick feet and a big time impressive cover DB to know.

@kxrvenss
One of those guys that is a very fine athlete and will look to gain more and more experience this offseason to be one of the key guy in the Coral Glades lineup.  Kervens is a player that made the most of his shortened six game season and looked very good in each of those games on the year. Is a player that is always around the football making some huge plays on the ball happen and is one of those big time impressive guys also for speed and high football IQ.