TheFINALS All-America Showcase featured competition among the top high school football prospects in the country with athletes traveling to the midwest from coast-to-coast. The FINALS All-America Showcase invitation-only event designed for prospects with D1 potential to showcase their skill and will feature competition and an environment designed to bring the best out of each athlete on... Read more » 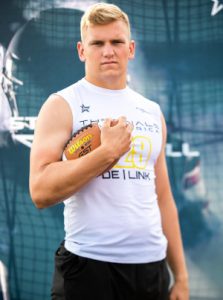 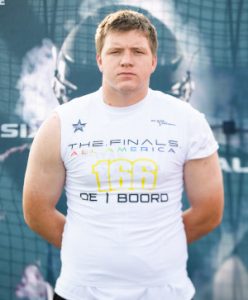 Brennan
Boord
DE | 6'3 | 245
Staley | 2023, 6-3, 245, DE, 2023, Staley (Mo.) @BoordBrennan
6-3, 245 and some length for this DE prospect in the senior class from Staley High School in Kansas City, Boord is an edge threat on the pass rush that can be a beast off the edge. Peru State has offered Brennan and likely many more will be coming soon with his talent/size combo.  Is very good at bouncing to the outside to make big tackles against the run and maintains his spot and position to make a lot of key tackles and stops for the Staley outside defensive side. 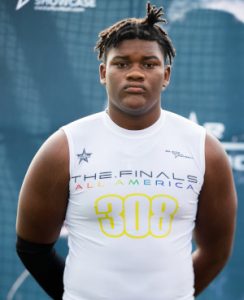 Cameron
Clayborn
DE | 6'0 | 225
Cardinal Ritter | 2024, 6-2, 226, DE, 2024, Cardinal Ritter (Mo.) @clayborncameron
Really showed he was one of the most physical players at the FINALS, tough player that can man handle guys up front, good power and toughness, 226 and plays bigger but still has enough speed to be a key edge player for Cardinal Ritter.  Lined up against some bigger men at the FINALS and really did a nice job of being tough and physical and getting  good penetration into the backfield on snaps. 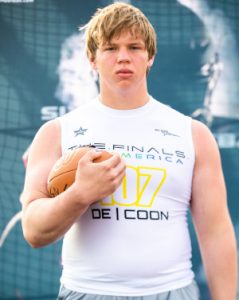 Dakota
Coon
DE | 6'2 | 250
Fremont | 2024, 6-2, 235, DE, 2024, Fremont (Neb.) @dakota_coon
Coon is one of those great combination big men, a guy that is both very powerful and a smart player both on and off the football field which should warrant several more potential offers with his on and off the field resume that is equally impressive.  Fremont will have some big and talented players in the trenches this year but perhaps none more talented that the bull rusher on the edge Dakota Coon, 6-2, 235 and a big and very powerful 235 also.  Has that talent and mental focus to be a Ivy  League kind of talent as a player and key prospect.

Jax
Fosnow
DE | 6'4 | 205
Lee's Summit West | 2024, 6-4, 205, DE, 2024, Lee’s Summit West (Mo.) @jaxfosnow
A spotlighted impressive length edge rusher from Lee’s Summit West, this 6-4, 205 Fosnow a key two way player, a player that can really close on plays quickly from his defensive end spot, his 6-4 length makes him a long strider off the edge of the defense to get into the backfield in a hurry and be able to chase ball carries down as a key run stopper with length and speed to take notice off.  Plays smart, quick play reader and an athlete that can back it up on the field with speed and length, makes the offense work for every yard they get.  Up and coming riser in the KC metro to know in the ’24 junior class. 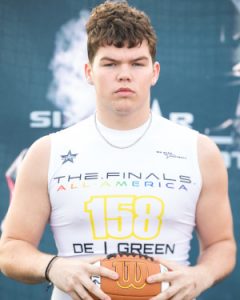 Kaleb
Green
DE | 6'1 | 215
Gardner-Edgerton | 2023, 6-0, 200, DE, 2023, Garder-Edgerton (Kan.) @kalebgreen58
A great addition to the team at Gardner-Edgerton, Green showed out in 2021 as a huge play maker on defense that was the Kansas sack leader with 17 and a finalist for the Defensive player of the Year for class 2A Kansas football.  Named a First Team All-State selection, Green has been a guy that has proven to be one of the hardest DL to block in the state and has a motor and level of play that never  lets up on the football field. Had an 11 game total of 17 tackles for losses and 43 tackles and no doubt should be one of the hottest play makers in class 2A football to take notice of as a senior hot prospect on the radar. Really going to be a fun player to watch this year and a guy that will add to that defensive attack for Gardner-Edgerton.

Andrew
Link
LB | 6'4 | 235
Kickapoo | 2023, 6-4, 260, DE, 2023, Kickapoo (Mo.) @andrewlink75
A player that is one of the hottest recruits in SW Missouri and no doubt that hot radar defensive end prospect in the area, Link has the talent to continue to rack up big time offers, we could see him racking up several other D1 offers and Midwest schools may really hone in on this area big time talent that has size, power and is one of the top looking defensive players available in the 2023 class. Link is one of the impressive size and frame ends in Missouri football, this 6-4, 235 long and powerful Springfield Kickapoo edge athlete is coming off a junior season in which he was named a First Team All-Conference selection and All-region and All-District selection for the Chiefs. Link has earned three recent offers all coming in April, Air Force offered first followed up by Brown and most recently SE Missouri State has offered this impressive talent at end.  No doubt one of the hottest prospects in SW Missouri, Link has the size, range and pure skills to be a guy that racks up a lengthy and impressive list of next level offers. 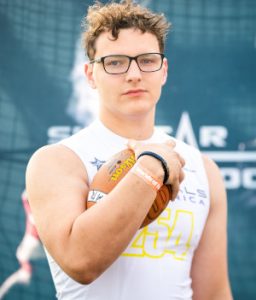 DJ
Messerly
DE | 6'1 | 225
Chapman | 2024, 6-1, 225, DE, 2024, Chapman (Kan.) @MesserlyDj
Chapman has some nice players coming up in the 2023 and 2024 classes and one of their key defensive players to know in the 2024 class if DJ Messerly.  Messerly had a big time sophomore season and showed why he is one of the must see players of the future for the green, he earned 1st team All League DL, Honorable mention district DL, and was an HM All state DL as well and reports a GPA of 4.0 in the classroom also.  No doubt a huge junior impact year is right around the corner for this top DE prospect in the Kansas ’24 class. 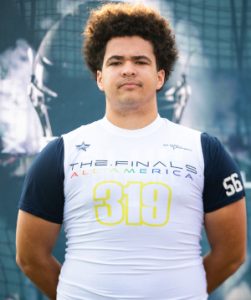 Jaylen
Morris
DL | 6'2 | 240
SLUH. | 2023, 6-2, 240, DE, 2023, SLUH (Mo.) @jaylenmorris_23
Morris is one of the edge rushers that is impressive out of St. Louis, SLUH big man at 6-2, 240, a good sized end that has a nice motor and is a player that was impressive in his six games before being sidelined due to an injury, had 32 tackles in those six games and was an outside edge defensive menace that racked up a big year in his limited time and is looking for a big senior year and to be one of those names to know among colleges looking for DEs that can make the big stops happen. 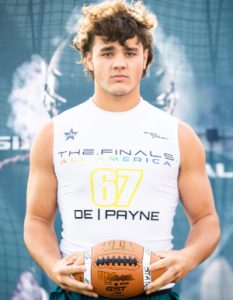 Kian
Payne
DL | 6'4 | 235
Aquinas | 2024, 6-4, 235, DE, 2024, St. Thomas Aquinas (Kan.) @kianpayne4
Payne is one of the most impressive both for being a great size for the college game player at 6-4, 235 and for being one of the most physical players on the field, add in a tremendous work ethic and you have  one of the top prospects to know in the 2024 DL class.  Payne no doubt is a king of leverage player at 6-4 that can bull over OL and has speed to attack and be a major force.  One of the toughest DL to block in the state, Payne is a very determined and powerful lineman and it shows, this guys is a major problem for OL to handle, more of the same excellent play up front  is expected from Payne in 2022. 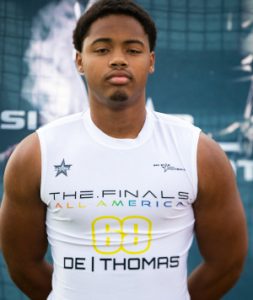 Reginald
Thomas
DE | 6'0 | 210
Sacred Heart | 2023, 6-0, 210, DE, 2023, Sacred Heart (Ill.) @ReggieT2023
One of the Illinois players that really stood out is Sacred Heart’s  Reginald Thomas, a lean and athletic edge rusher at 6-0, 210, Thomas is a player that has a big motor and is a tough man to handle and one of the speed guys that really could be a ’23 must see player that should be a hot college prospect to know.  A player that gets off blocks quickly and can really get down the line in a hurry to make some big time tackles happen.

★PROSPECT SPOTLIGHT I Several of Oklahoma’s fastest prospects to watch

★PROSPECT SPOTLIGHT I OKC-area Defensive playmakers on the rise (2024)

★SROCK RISERS I Rising underclassmen to watch this offseason

★INSIDER: OKC Impact makers on the radar to know

★INSIDER: Best Available Linebacker Prospects on the board