Young up and coming DE's to know from the FINALS 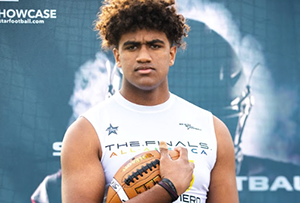 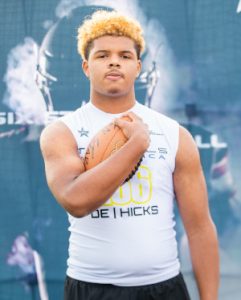 @AJHicks31
Hicks is a good looking edge rusher and an up and coming young talent for the radar from St. Louis where he plays for Lutheran St. Charles. Hicks, 6-0, 220 pounds, is a player that can also play some inside linebacker, good speed, one of those track you down and make a lot of big plays kind of edge performer, plays hard, fast, and physical and is one of the younger names to know that has impressed early on as a name to know and big tackler. 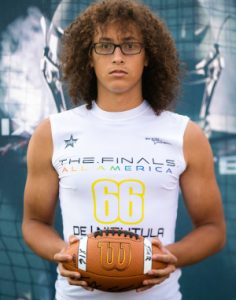 @bennichtula
Nichtula is a 6-1, 185 speed end from Louisiana High School in Missouri, a player that really showed us he can get off the snap quickly, looked impressive at the FINALS, good looking moves to get past blocks and a good motor to make some good plays, really looked quick and was one of the better off the snap DEs that was a younger up and coming prospect for the radar. 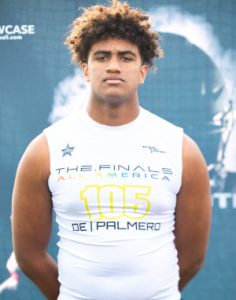 @Allenpalmero26
A multiple sport athlete who has great size and improving technique. He is a 6’5, 260-pound athlete who shows good determination and is constantly working on his footwork, and all around creativity as a pass rusher. He has good upper body strength, wide shoulders and a build that will be able to add good muscle as he ages. He is a quick athlete with a strong first step and is very active and good at swiping away and can knock opponents back with his initial move. A coachable player and one who has the physical traits needed and a good work ethic overall moving forward.   Has bulked up and added impressive power to his game while keeping his quickness. 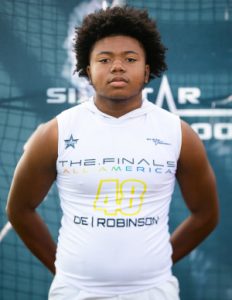 @underrated_23
An athlete that showed some impressive quickness and an up and comer that could be a good one for Cocoa High School. Robinson, a class of  2026 DE and freshman for this upcoming 2022 season, is a player that is a good lateral mover from his edge spot and will look to be one of the speed threats for the Cocoa defense in the coming years and is one of those guys with a big upside and a nice motor to watch for on the radar.