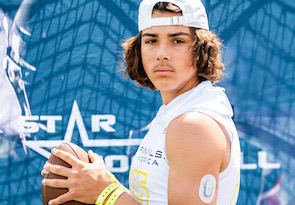 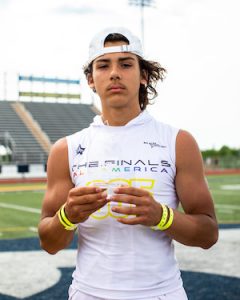 @WillAnderson13_
Anderson had a very impressive outing at the FINALS and was named the Future MVP, good looking arm for this young class of ’26 slinger from Millard West High School in Nebraska. Anderson has a very good and smooth throwing motion, also is a QB that can show some mobility when needed, capable of making some big runs when he needs to.  Arm has impressed and no doubt should be one of the top ’26 Nebraska QBs out there to know. 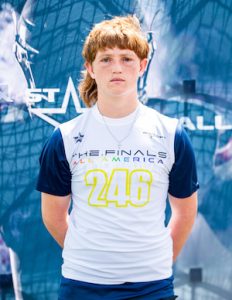 @ColtonCamba
Camba is a good looking young QB from Fountain Fort Carson High School in Colorado and is one of the up and coming young arms to know from the FINALS.  Camba showed an impressive arm at the FINALS, some power there for sure and just a ’26 really has the makings of being a strong armed QB of the future to know in the Colorado ranks.  Moved well also, could emerge as one of the QB prospects for the top Prospects in his class there, good looking young QB to know. 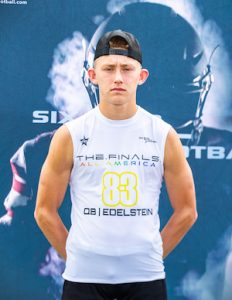 @Edelstein_7
Edelstein is a mobile prospect who is capable of showing up and performing well on both sides of the ball. He’s an athletic QB who can stay in the pocket and make throws, but is at his best when is moving and creating and is forced to scramble. A strong and muscular young player who is listed at 6’0, 160-pounds and shows good acceleration and some creativity on the ground. He has a good arm and can make throws across his body and find his receivers in stride or on their back shoulder. 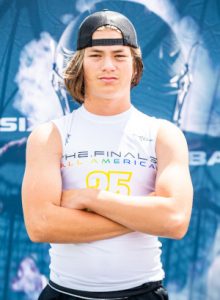 @Mikeygow2308
A motivated young prospect who already has great experience as a QB for his age. He is listed at 6’1, 170-pounds and he can get the ball down field and on-target on deep posts into the endzone. He gets good air to his long ball and consistently throws an accurate ball with a good spiral. He has been able to produce against older competition and can put the ball in tight spots with defenders playing tight man. Last season he threw for 868 yards and 75 rushing yards in his first year on varsity. 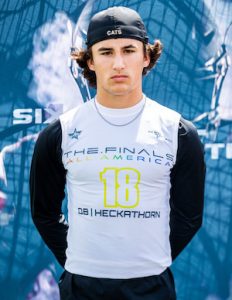 @AidenHeckathorn
No doubt Mulvane has lost some key WRs and go to big offensive play makers in 2021, but we like the offenses chances in 2022 with QB and sophomore to be Aiden Heckathorn having a strong arm and one of the better releases we have seen at 6Star Football Showcases to be a step in and make big plays kind of QB prospect in the 2025 Kansas class.  Has been one of the top looking younger QBs out there at Showcases we have seen, big things are ahead for this talented ’25 arm. 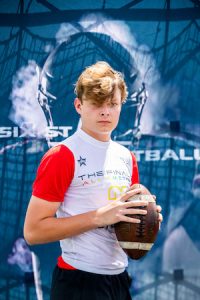 @LaymanBrayden
An accurate young prospect who has a great work ethic and an ability to find his receivers on plays both inside and outside the numbers. He is mobile and has some athleticism and he is able to scramble some and make some plays out of the pocket. He can create some on the ground but his surprising arm strength is what sets him apart. Through seven games his freshman year he threw for 784 yards and had seven passing touchdowns and one rushing touchdown and had a 64% completion rate. 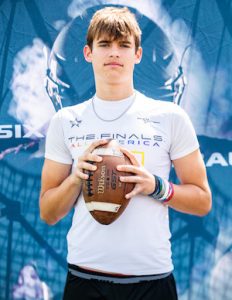 @TillmanMartin10
An active player who has good size and good hands. He is listed at 6’3, 170-pounds and he has some mobility to his game as well. He has good experience at his position for his age and can make plays from the pocket and he can push the ball down the field. Martin has good vision and can see things happen and anticipate defenders and put the ball in a good place. He shows good mobility and can even make some off-balance passes that are easy for his receivers to come down with.  No doubt a young up and coming prospect for the radar and a offensive weapon of the future for Liberty North. 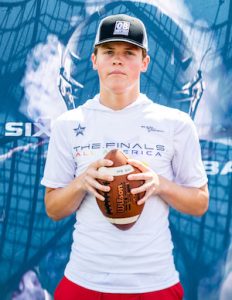 @maddenRiggs1
Elkhorn South’s 6-2, 170 Madden Riggs is one of the players we like the most at QB, a player that has some of the best skills coming up to really take notice of also for the program at Elkhorn South.  Riggs is a  player that could be the top dual threat QB in the ’25 class, really can motor with the football as a runner and is an elusive on the attack QB with the football in his hands.  Also can be a strong armed and well poised leader and be a deep ball threat as well. 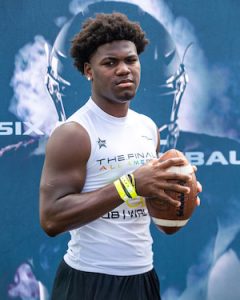 @jordanw870
A strong and athletic QB who runs hard and is able to make big throws over the top of a defense. Walker is a young player with good size who shows good instincts at the position for a player his age. He has increased his height and weight from a year ago, now standing at 6’2, 205-pounds and is already showing some improved ball placement as well. He can run hard and he can handle contact well, showing good balance and the ability to make the most of his arm either in or out of the pocket. Walker is also comfortable getting a slot receivers and tight ends and throws a catchable ball down center field.