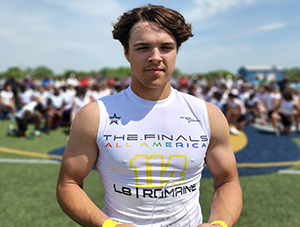 Athletes were chosen to compete at The FINALS All-America Showcase based on their performance at Six Star Football Qualifying events.
https://sixstarfootball.com/combine/the-finals-may-29-2022/ 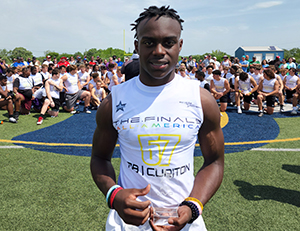 @markeviouscuri1
QUALIFYING EVENT: St. Louis, MO – Jan 2 2022
Sunday’s RB MVP winner Markevious Curiton is an underrated 2023 prospect out of the area RB who hits hard and can use his strength well. He is listed at 5’8, 180-pounds and he has good muscle tone and some flexibility. He can shoot the gap and get a step on LBs and is also able to tiptoe through tight coverage areas and even go untouched in some unlikely situations. Curiton plays an aggressive style, has good control but is able to make some athletic plays. A player expected to take his game up a notch this upcoming season.
📹  FILM  https://www.hudl.com/profile/12832083/Markevious-Curiton 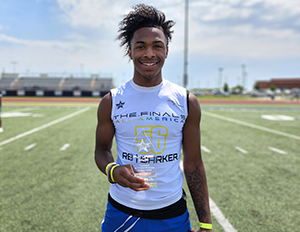 @Kiandreabarker
QUALIFYING EVENT: St. Louis, MO – Jan 14 2022
💼  OFFERS: Penn State, Pittsburgh, SMU
One of the most talented young prospects in the midwest, Barker is a talented prospect who, while listed as a running back, could be a major impact player as a receiver as well. He has elite speed as he recorded a laser timed 4.55 40-yard dash in St. Louis on May 14 along with terrific. He shows quick feet, agility and strong balance and adds terrific route running, strong hands and the ability to run smooth, crisp routes as a receiver. He can win 50-50 balls, can climb the ladder and make tough catches look easy and can break away from a defense after the catch. Barker has terrific strength for a young player, reporting 245 bench, 475 squat, 235 power clean — but has a lean frame that projects well with age. Barker added his third Power 5 offer on Monday as he added SMU to a list that already includes Penn State and Pittsburgh. Barker was awarded the FUTURES MVP in the first session of Sunday’s All-America Showcase at Liberty North (MO) High School.
📹. FILM  https://www.hudl.com/video/3/16201229/613e3b47176c7b09b8b1a415 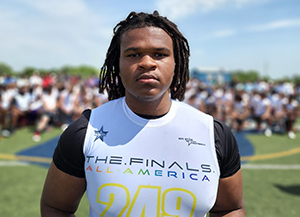 @JamisonKemp1
QUALIFYING EVENT: St. Louis, MO – Jan 14 2022
💼  OFFERS: Penn State, Pittsburgh, SMU
One of the top interior defensive linemen in the 2023 rising class in Omaha, Neb., Jamison Kemp was an unstoppable force at Sunday’s All-America Showcase at Liberty North (MO) High School, showcasing power, active hands and a quick first step off the snap. He has next level size at 6’2, 290-pounds, a low center of gravity that is difficult for opposing offensive linemen to move off the ball and the ability to impact a game as both a pass rusher and run stopper. He has picked up several offers in recent weeks, including an offer from Doane on May 25, Mid America Nazarene on Saturday, and Minnesota State on May 24 along with offers earlier this spring from Wayne State and Augustana. Kemp has drawn interest from several Division I programs as well, including South Dakota, Northern Iowa and others.
📹. FILM https://www.hudl.com/video/3/12782749/61b25dd4a677ca0ac4d9d3b8 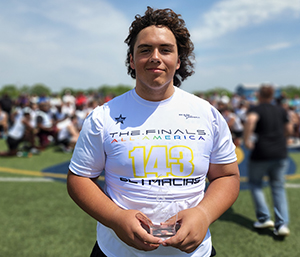 @noahmacias20
QUALIFYING EVENT: Kansas City, MO – 2021
💼  OFFERS: Benedictine
One of the most underrated offensive line prospects in the Kansas City area, 2023, Noah Macias is a strong, physical offensive lineman who shows terrific feet, a low center of gravity and a strong base. He likely projects as an interior guard, but saw some time at tackle last season where he excelled as well. Macias is terrific pulling down the line where he shows good agility. Also a track and field standout, Macias wrapped up competition at the state championships on Saturday as he placed sixth in the shot put. He picked up his first offer from Benedictine on May 5, and has drawn interest from several others, including Northwest Missouri State, Louisville, Wisconsin among others.
📹. FILM https://www.hudl.com/video/3/12030869/6191e35266562e08bcfa2090 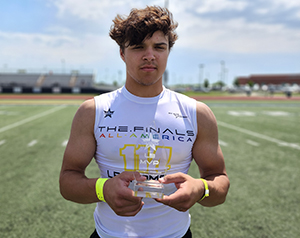 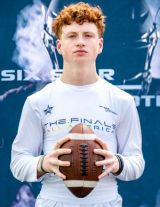