Spotlight on top defensive backs that shined at the FINALS 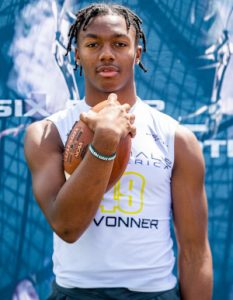 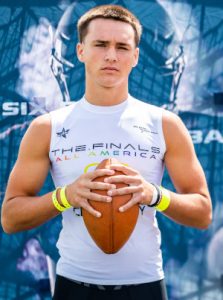 Jack
Briley
DB | 6'0 | 168
Navarre | 2024, 6-0, 168, CB, 2024, Navarre (Fla.) @jacksonbriley
A very impressive athlete that we first saw in action and really impressed us at the Orlando Showcase, 6-0, 168 defensive back and a junior to be this year for Navarre, Briley has some good speed and reports and is a very smart and very active play maker on the football field.  One of the guys that is a very strong and physical DB pound for pound at 168 pounds has the bulk and toughness that impresses also and is one of those guys we think can also be a blow you up kind of physical tackler and play maker.  Makes a lot of quick reads on plays and has a very good understanding of the game. 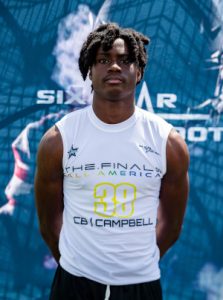 Omari
Campbell
DB | 5'8 | 147
Blanche Ely | 2023, 5-8, 147, CB, 2023, Blanche Ely (Fla.) @OmariCampbell4
Campbell is one of the most athletic looking Florida  athletes we have seen on a football field this year, a very talented corner out of Blanche Ely High School, Omari is a play maker with good speed and one of those guys that is a shut down corner and a very good stick with his man corner that has shown some top footwork this offseason in his game.  Showed some very impressive cover skills at the FINALS, very good field awareness on where he is at on the field to make a big play on the football, good hands and a player that can get back into coverage and cover a lot of space in a hurry. 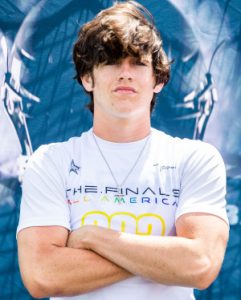 Preston
Denmark
DB | 6'1 | 185
Liberty North | 2023, 6-1, 185, CB, 2023, Liberty North (Mo.) @PrestonDenmark1
Denmark is a player that will look to be one of the top seniors this year at Liberty North, a good sized 6-1 inch and 185 pound frame, good sized corner that also has some good speed also, Denmark is a physically impressive build corner that can also use that toughness and play to his advantage and get into WRs in coverage and knock them off their routes and be a big disruptor of plays for the talented defensive unit at Liberty North High School. 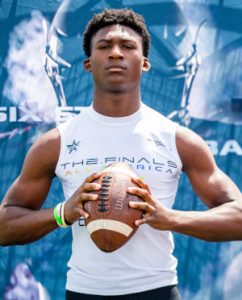 Karvon
Jefferson
DB | 6'0 | 170
Lutheran North | 2025, 6-0, 170, CB, 2024, Lutheran North (Mo.) @Karvon_Jefferson
One of the more talented athletes and play makers at the FINALS, coming over from St. Louis was junior prospect Karvon Jefferson of Lutheran North High School.   Jefferson is a impressive and versatile talent that is a two-way play maker who has good speed, good decision making and some upside moving forward. Jefferson has good size at 5’11, 175-pounds and is able to make plays both with and without the ball in his hands. He turns his hips well and has good footwork. He runs hard and has good awareness of defenders and for the ball when tracking. Jefferson can make catches away from his body, is good at creating with the ball in hands and is also a lockdown defender as well. Has a good IQ and continues to push himself with strength and technique.  Jefferson also showed some very good hands and quick feet at the FINALS, impressive up and coming ’24 play maker to know. 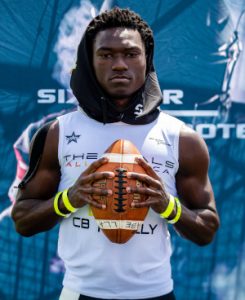 Torra
Kelly
CB | 5'9 | 143
Deerfield Beach | 2024, 5-9, 143, CB, 2024, Deerfield Beach (Fla.) @certifiedTJ05
One of the most impressive Florida players  at the FINALS was Deerfield Beach’s Torry (TJ) Kelly, a very fast and athletic  defensive back/corner to know in the 2024 class. Kelly, 5-9, 143 pounds, is a quick to the ball flyer down the football field and an athlete that really shined in competition as a very good one on one play maker in the open field against some very impressive looking WRs at the FINALS.  Visited Georgia Tech and no doubt has the talent level to be one of the top risers in the ’24 DB class, good looking lean and athletic corner with a huge upside. 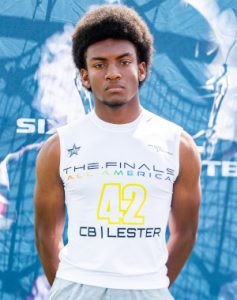 Cameron
Lester
DB | 6'0 | 160
MICDS | 2023, 6-0, 160, CB, 2023, MICDS (Mo.) @CamLes2023
Lester will be one of the key senior for the program at MICDS in St. Louis this year, a very lean and impressive build play making corner and athlete to watch for out of the STL, Lester is a player that can get a good beat on a ball in the air and make a lot of impressive plays on the ball, understands where to be and how to get into the best position and placements on the  field to be a big play making corner.  Will be looking for a big senior season and has an athletic frame that could grab some next level interest and offers. 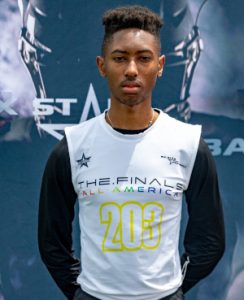 Antonio
Mack
DB | 5'9 | 125
Mascoutah | 2024, Jr., 5-9, 125, CB, 2024, Mascoutah (Ill.) @Floridaboi.tonio
A play maker from Mascoutah High School in Metro East area of St. Louis, Mack is fast and quick to the football and is a player that will be looking to be an impact junior in the secondary unit. Will be one of the players on his team to watch for this year as a key veteran that will be counted on the be a impact maker in the secondary unit and a player that can make some big plays on the football.

Dillon
Marshall
S | 6'2 | 185
Aquinas | 2024, 6-1, 185, S, 2024, St. Thomas Aquinas (Kan.) @DJMarshall05
6-1 and some impressive size in the secondary unit, Marshall should be one of the main men for the St. Thomas Aquinas defensive unit this year, has that speed that impresses and is one of the better looking cover safeties out there, should be in for a big junior season and has the athletic talent to be one of the top safety prospects in the Kansas class of 2024.  Expect a huge year  from Marshall, a player that is one of the best looking athletes on the field at Aquinas and a player that we expect to be one of the top young risers in his class in a big year ahead. 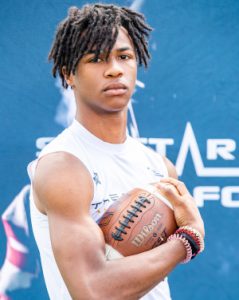 Matthew
Moore
WR | 6'1 | 150
SLUH | 2025, 6-0, 145, CB, 2025, SLUH (Mo.) @314_matthew
Moore is one of the St. Louis area players that has a big upside as a corner prospect, SLUH student athlete that is 6-0 and a very lean 145 pounds in the secondary unit. Moore is a player that can can get back into coverage with some good footwork and is one of the younger up and coming play makers to know, just a class of ’25, was one of the youngest defensive backs at the FINALS, Moore has three big years ahead to make a big impact for the SLUH program. 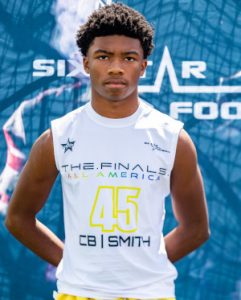 Gavyn Smith, 5-6, 130, CB, 2026, Wilson (Fla.) @GavynSmith11
The youngest defensive back at the FINALS, just a class of 2026 play maker, this Wilson (FLA) product is an up and coming corner that has the speed to make some big plays and is one of those players that covers a lot of space well and quickly with his wheels.  Smith was also one of the class of 2026 corners that really caught our eye at the Boynton Beach Showcase.  Smith is a player that is a smart player on and off the football field and is one of those athletes that can make big plays happen with quick reads and quick feet. Smith

Jaiden
Vonner
DB | 6'0 | 190
Cardinal Ritter | 2024, 6-0, 185, S, 2024, Cardinal Ritter (Mo.) @JaidenVonner
Vonner, named the DB MVP of the FINALS, is a very good athlete and player coming up, junior veteran to know from Cardinal Ritter, Vonner is a player that can play between OLB and DB and has good speed and a knack for being a big time play maker,  Vonner is a player every team would love to have, when you have speed and skills to play any spot from backer to DB you have a guy you can lineup anywhere on the field and expect a big play to happen from.  His athletic skills and ability to blow up plays from his explosive speed and style of play make him a hot defender on the radar to know. 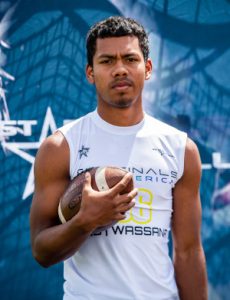 Vcake
Wassana
DB | |
Seminole | 2023, 6’1, 175, CB, 2023, Seminole (Okla.) @VcakeW
A very good speed play maker, 6-1, 175, Wassana also adds size to his corner spot for Seminole High School in Oklahoma, a play maker that can cover a lot of ground quickly, one of the more athletic play makers on the Seminole roster, Wassana is an athletic player in the open field and one of those DBs that can also play some QB for the offense, any spot where being a big time play maker and using speed is required expect Vcake to have a big role in 2022 for the Seminole program.

★INSIDER: Linebackers in the ’23 class, ranking 10 of the top LBs

★INSIDER: Junior Gems at the QB, a look at hot arms to know in Oklahoma