A look at the FINALS QBs in the class of '24 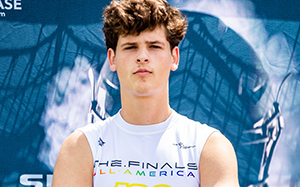 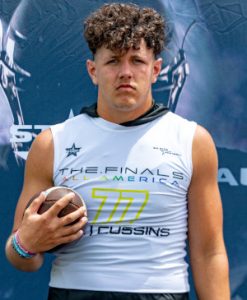 @ajcussins1
Cussins is a strong, well-built player who has a strong arm and an ability to get the ball out quickly before a defense can apply strong pressure. He has good size and a strong frame and is able to move some of the backfield and find a spot to set his feet. A player who can make throws to open spots but also lead his receiver some and put it where the receiver can pull it down. He has an accurate deep ball and has good confidence with his throwing ability and precision. Cussins is a playmaker above all, can mix things up on the ground, but continues to work on his footwork and overall technique as a thrower. 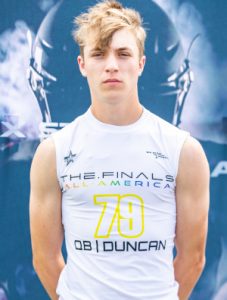 @ColbyD04
Another good-sized QB who has good vision, arm strength and is able to lead his receivers down the field on some home run style plays. Duncan is a productive player who likes to make the big outside the numbers passes to his first auction receiver. He has good athleticism and good footwork and is able to plan his feet and reach back and let it rip. He has good timing as a QB and is always looking to get rid of the ball quickly and can put the ball in a catchable spot for his receivers. 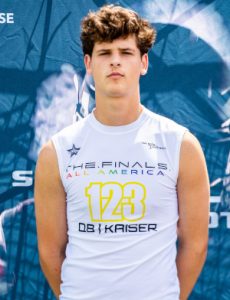 @SamKaiser11
Kaiser was named the QB MVP of the FINALS, no doubt this lengthy 6-5 inch QB and strong armed QB could be a big name to know for the upcoming season for Columbia Rock Bridge High School, Kaiser showed off his huge arm also by winning the long ball competition with a throw of 72 yards at the FINALS, no doubt his arm and his size make him a big radar maker for potential, should be a very impressive class of ’24 QB to take some notice of this upcoming 2022 season.  Impressive arm strength and a good QB frame to work with as well. 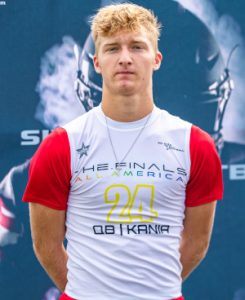 @JacobKania_QB
A quick and athletic QB who runs well and can deliver a ball with power and speed. He has spent a lot of time working on his footwork and pocket ability and can maneuver and get the ball out well. That said, he is very creative with the ball and can be a downhill dual-threat style player if he spots an opening and he doesn’t have time to make a pass. A player who would rather distribute the ball but can handle himself on the ground. Also has been improving his progression work when his first option is covered. 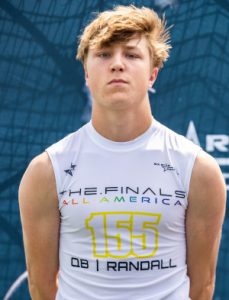 @AustinRandall_
Randall is a good looking class of ’24 QB prospect to know from Waconia High School in Minnesota, a player that has a strong and accurate arm, had a good sophomore season and could be a guy that passes for 700-1000 yards as a junior in the upcoming season, will be looking for more and more experience, good arm strength and a player that can really get some zip on his passes.  One of the Minnesota names to know among ’24 class arms entering a big 2022 season ahead.