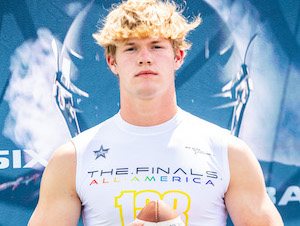 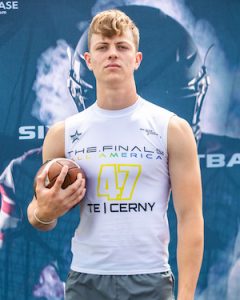 @cooperc8235
Cerny is a player that has a good frame, one of the Nebraska ‘23 class talents that was impressive, 6-3, 175, Cerny makes a nice downfield target for Norris and is a player that has two big assets we like a lot about his game, has the size to really create a lot of problems in the secondary when it comes to matchups and is a TE that is one of the more physical players to bring down after the catch, no doubt a player that really has a big upside and should be a TE hot riser to know among Nebraska big TEs on the ‘23 class radar. 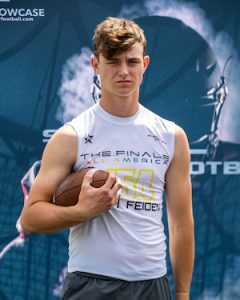 @paytonfeiden
Big 6-3, 205 TE Payton Feiden from Gallatin is a player on the radar that has a big future and will be looking for a huge senior season in 2022. Feiden no doubt was one of the most athletic TEs at the FINALS, a player that can get up and sky for the ball as a TE, and one of the guys also that has very good speed, TE with WR speed, gives you that size plus speed factor at end that you seldom see but can be a major offensive weapon with his skills. Graceland, Culver-Stockton, and Doane have offered this TE that had some excellent routes and made some deep catches at the FINALS that were very impressive haul ins deep down the field. 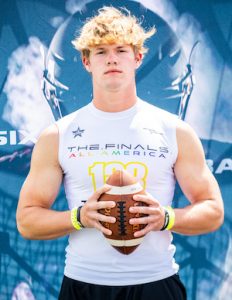 @Zachgrace14
One of the most impressive pure physical specimens on the field at the FINALS, this Kearney big man is a D1 prospect that really has the body already and build and is a player that stands out in the crowd as a college ready physical player, 6-3, 230, a smash mouth football player that excels on the field at running over would be tacklers as an old school tough guy that is a huge target with power and hands. D1 offers from Army, Navy, Murray State, and Lindenwood are some of his biggest early offers that have rolled in. 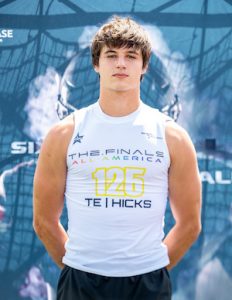 @CarterH46579723
Big target, 6-5, 220 Carter Hicks from Columbia High School in Illinois is a big man and one of the TEs that played on a mission, good looking build and frame that really could pose a lot of problems on the Illinois football scene this upcoming 2022 season. Hicks entered the event listed at TE at the Finals but no doubt he is a pure defensive menace at DE also, one of those relentless attackers off the edge that few offenses can find a way to block with his 6-5 frame and added length coming off the outside corner. 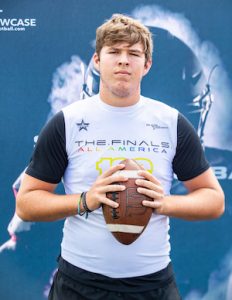 @nemzekkyle
A very talented TE, one of the best of the best we have seen this year and a top looking power player at the Finals with a big and impressive looking 6-5, 235 frame, Nemzek is big and a big talent also. Kyle from Palmetto, Florida, showed that when the ball was up for grabs he owned it, one of those guys that has a great size advantage and is a very aggressive and impressive tough end that is going to battle and win time after time with his bigger frame and very powerful style of play down the field. 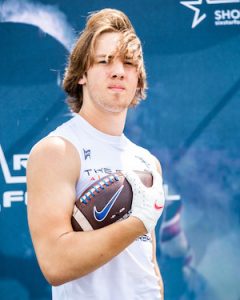 @WOsterbauer
One of the players that came to the FINALS from Minnesota, really a fine football player from Buffalo High School, 6-5, 225, Wyatt’s length is a huge advantage to his game and really makes him a hot ‘24 class prospect that should make him one of the top rising junior talents in Minnesota football this 2022 season. Osterbauer is a player you can tell has some nice power and pure strength in both his upper and lower body, a player at the FINALS that made some tough catches and was one of those guys that moves well in space, you give him any space and he can make you pay with some good routes and big time size, a very impressive ‘24, one of the TE’s that was a guy that stood out in the crowd as a top tier TE talent at the FINALS.