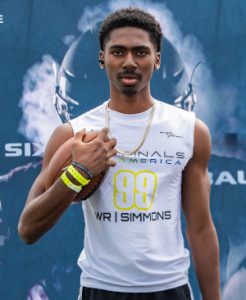 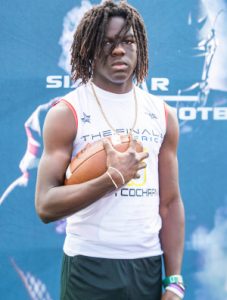 Jae-Lijah
Cochran
WR | 5'7 | 147
Monsignor Pace | 2023, 5-7, 150, WR, 2023, Monsignor Pace (Fla.) @lijahgotfanz)_
When you look at senior WRs that have a lot of pure athletic potential and upside, Cochran has to be one of the more impressive looking WR prospects coming out of the FINALS event and the Florida native and Monsignor Pace play maker has good hands too.  Showed off some impressive catches and grabs at the event and was one of the guys that really moved well down the field and was a player that has the makings of being a hard to handle target at WR for 2022. 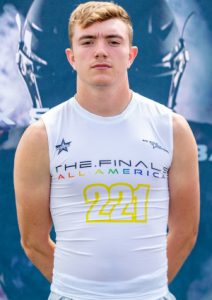 Hollen
Glenn
WR | 6'0 | 168
Mountain Grove | 2023, 6-0, 170, WR, 2023, Mountain Grove (Mo.) @hollen_glenn
Glenn holds a pair of offers from Evangel and Southwest Baptist and is the type of player that we expect to get more and more next level attention with a big senior season ahead at Mountain Grove.  6-0, 170 WR that can move well in space and a play maker at Mountain Grove that can also make those short yardage catches and turn them into a big yardage play with his outside speed and upfield vision to motor up the field and make guys miss. 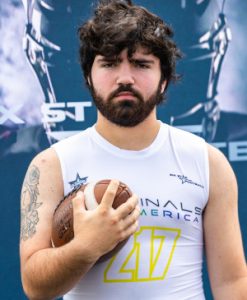 Ryder
Kyle
WR | 5'9 | 180
Elkhorn North | 2023, 5-9, 180, WR, 2023, Elkhorn North (Neb.) @ryderkyle2
One of the Nebraska players that is a riser to know out of the program at Elkhorn South, Kyle is a very tough and physical offensive weapon, one of those weight room warriors always looking to get stronger and improve his power and game.  Kyle, also a tough play making linebacker, is a WR that reports a 550 pound bench press, no doubt pound for pound one amazing pure power WR prospect to keep an eye on and a player that is among the toughest WR prospects in Nebraska football. 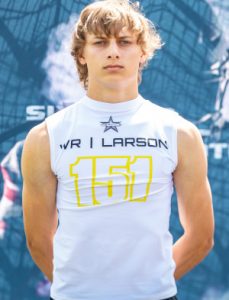 Blake
Larson
WR | 5'11 | 180
Hillsboro | 2023, 5-11, WR, 2023, Hillsboro (Mo.) @BlakeLarson2023
Larson will be one of the key senior offensive weapons on a team that really has some nice next level talent and college prospects at hand for a big 2022 season.  Larson, 5-11 WR, is a player that uses his speed to create some major mismatches against DBs and is one of those guys that is very hard to run stride for stride with in the open field.  Does a nice job of getting open and making himself a good target for the passing attack at Hillsboro.  Also is a tough and hard hitting corner back that loves to come up and play down hill football against the run as well as be a key defender in pass coverage plays. 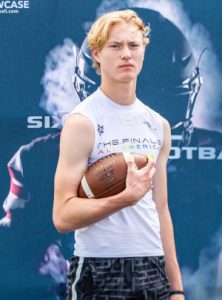 Tristan
Magnuson
WR | 6'3 | 170
Platte County | 2023, 6-3, 170, WR, 2023, Platte County (Mo.) @MagnusonTristan
Magnuson was one of the top big man targets in action at the FINALS, no doubt a long strider at WR, at Platte County Magnuson creates a lot of matchup issues for smaller DBs that can match his size and ability to beat them down the field for big catches, is a hard player to defend against and moves well in space, very impressed by his hands and some of his big catches at the FINALS, a player that is good in space and one of the ’23s that should be a very good senior with size to watch for this upcoming season. Doane has offered and with his size and hands more should be on the way soon. 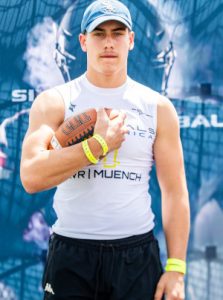 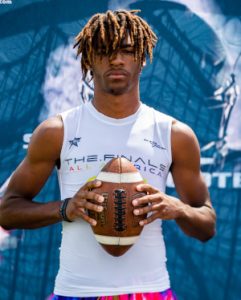 Armand
Russell
WR | 6'2 | 170
KC Center | 2023, 6-2, 170, WR, 2023, Center (Mo.) @armandrussell23
Russell is a very impressive athlete, one of those guys that you can see easily that is has some of the top athletic skills and frames on the  field.  This Kansas City Center High WR is a player that impressed us in Kansas City and earned a spot in the Finals, no doubt should be a guy that is a hot riser in the must see and players to know for KC  WRs this year. Russell is a player that has proven speed and some hops also, a player that go can go up and make a big catch over guys. 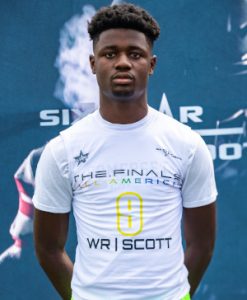 Logan
Scott
WR | 5'11 |
Somerset Academy | 2023, 5-11, 160, WR, 2023, Somerset Pembroke Pines (Fla.) @LoganAndFriends
One of the Florida players that really had that big time athletic  looking build frame, Scott has the makings of being a player that could really take things by storm in 2022, this Somerset Pembroke Pines WR is a player that  is lean and quick in and out of his routes, some good hands and a player that knows how to shake his man off and earn a big play with being a better athlete that the guy he faces.  Made a big time catch to remember at the FINALs and showed his ability to make those wow kinds of plays down the field.  Big things are in store for Mr. Scott in in 2022.

Devin
Simmons
WR | 6'4 | 175
Palm Beach Gardens | 2023, 6-4, 175, WR, 2023, Palm Beach Gardens (Fla.) @81problemz
Some players have that big time lean and athletic frame that you like to see for a taller WR and play maker, Simmons was very impressive in the open field, a guy that had one of the top overall WR frames on the football field at the FINALS.  A very impressive good hands player, a player that we could see becoming one of the better risers to know among Florida targets for this upcoming season.  Showed off his 6-4 frame on some very big time catches at the FINALS, no doubt a player that will pose a lot of problems for DBs in 2022. 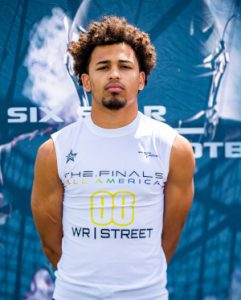 Braxton
Street
WR | 5'10 | 170
Seminole | 2023, 5-10, 170, WR, 2023, Seminole (Okla.) @braxton_street
A very good athlete that has some good speed from Seminole High School in Oklahoma, Street is fast and impressive in the open field and a play making WR that had 1214 receiving yards this past season and is one of those guys that can turn on the speed after he hauls it in and be a guy that you just can’t catch in a foot race down the field.  Northwestern Oklahoma State and St. Mary have offered Street, no doubt a player we think could have a busy senior  recruiting season with his abilities and open field speed.