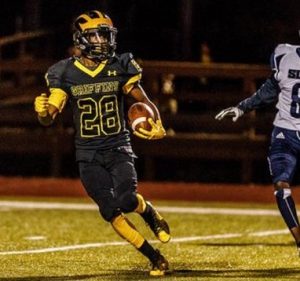 ST. LOUIS —  There probably isn’t a tougher position to perform at a high level than being a cover corner on an island.

College coaches are always looking to discover players to fill roster spots as the best athletes and players seemingly are quick to find their way to the offensive side of the ball. But with that said, there are several players in the St. Louis area who are turning heads this offseason and could find their way to the next level.

Here, Six Star Football takes a look at some of the STL area’s top CB prospects.

Cheeks is one of the St. Louis area’s premier cover corners. At 5’8, 145-pounds, Cheeks plays beyond his measurements. He’s very thin, but covers WRs like he’s 6’0. He is terrific in press coverage, has great instincts and is a step ahead of opponents. Cheeks is a smooth athlete that can handle whatever is thrown in his direction. He is also a terrific wide receiver and kick returner. He reports a 4.6 40 time.

An all-state performer for state champion CBC, Billingsley is one of the more under-rated players in the rising 2019 class in St. Louis. He gets knocked due to his 5’7 size, but he locks guys up as a defensive back and is a terrific tackler in space. He does a great job of shedding blocks on the perimeter and in space, and has the ability to make big plays. 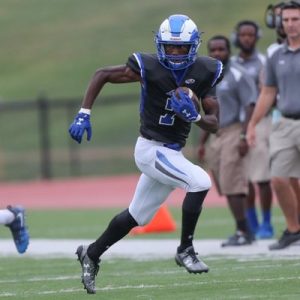 Chesson is a rising star in St. Louis, blessed with big time speed and athleticism. He put together an all-state performance as a WR and had a big season, hauling in 44 passes for 899 yards and 12 TDs.  His film shows a lot of big play ability as he can go deep or break away from a defense after the catch. He also doubled as a lockdown corner on defense and currently holds offers from Northern Illinois and Central Michigan.

One of the St. Louis’ area’s better cover corners, Davis brings speed and quickness to the field. He shows the ability to lock up receivers on the perimeter, recover quickly and breaks on the ball well. One of several talented kinds on the Trinity squad.

Ford played both sides of the ball last season as a standout corner and receiver and put together a solid season for the Cougars, hauling in 27 passes for 548 yards and five TDs. Film shows a player capable of hauling in tough passes who really competes for the ball. Defensively he has good instincts and makes plays around the ball. Ford currently holds an offer from South Dakota.

Scott is a two-way player who shows promise as a WR and DB. He shows good hands as as a receiver and is able to get separation and make plays. Defensively, he is a sure tackler and seems to be around the ball a lot.

Miller is among the premier cover corners in STL in the rising 2019 class. He drew his first offer from Iowa State and recently added offers from Ball State and Bowling Green. At last report, Miller held offers from Indiana State, Iowa, Miami (OH), SEMO and Western Michigan and is now up to ten total as he continues to add to his list.

Webb is a tough cover corner with terrific speed and quickness and a willingness to man up on an island and play one-on-one press coverage. He is capable of staying in a receivers hip pocket, but also has a knack for making big plays, whether it’s coming up and making tackles, in special teams or creating turnovers.

Definitely a player to watch this offseason as Williams combines good size and measurables, He reports a 4.5 40, a 50 second 400 and an 11.04 100. He is a big, athletic corner who can handle one-on-one man coverage on an island, and also does a great job coming up and making tackles. At 6’1, Williams has unique size for a corner and could be a coveted athlete as teams try to account for tall receivers in the modern college game.