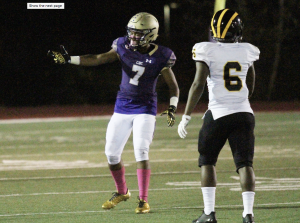 ST. LOUIS — There is little doubt that the St. Louis area is currently loaded at the wide receiver position, sending numerous players in the 2018 class to the next level, and the 2019 class might be even better.

Here, here we take a look at a host of players in the rising senior class who are likely to play at the next level, many of who have already drawn significant offers. If you’re favorite athletes is missing from this list, please keep in mind they might have earned a spot on our defensive backs list as we opted to mention them only on one list or the other. 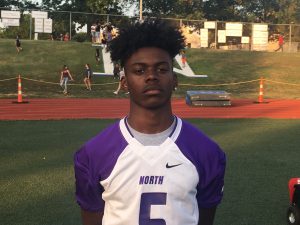 The first thing about Boone that jumps out at you on film is how far off defensive backs play him from the line of scrimmage — teams are obviously worried about being beat deep and played 8-10 yards off him, but it didn’t matter. Boone still torched opponents, even those who opted to give him space off the line. He has elite speed, great body control and shows good hands and receiving ability. At 6’3, he also has good size and an athletic frame. Boone holds offers from Mizzou and Kentucky and is drawing attention from several other schools as well.

Another lethal WR for Trinity, Childress has been making a name for himself in his position on a team loaded for college talent. He’s a solid player on both sides of the ball, and can be difficult to bring down.

Ford played both sides of the ball last season as a standout corner and receiver and put together a solid season for the Cougars, hauling in 27 passes for 548 yards and five TDs. Film shows a player capable of hauling in tough passes who really competes for the ball. Defensively he has good instincts, makes plays and is seemingly always around the ball. Ford currently holds offers from South Dakota and Southern Illinois at last report and is drawing interest from a host of other programs. 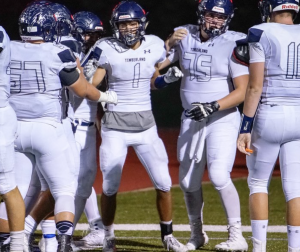 Hiatt is one of the more up-and-coming WR prospects in the 2019 class out of the St. Louis area. He has some good measurables at 6’2 and combine numbers as he reports a 4.52 40, 3.94 shuttle and 31-inch vertical. And, he’s productive on the field as well. He has some shake-and-wiggle and is able to get open, goes deep well and has some burst in the open field.

Offers from Toledo and Seton Hall and drawing offers from several others, Jones is a late riser who is turning heads of college coaches  this winter. He plays bigger than his listed height, has an athletic frame and good speed and quickness. He is a playmaker on both sides of the ball as he was a standout defensive back and receiver last season.

Reports a 4.69 40 and a 36 inch vertical leap. He makes some tough catches, runs solid routes and does a good job after the catch. He hasn’t gotten a lot of hype playing at Union, but has put in some solid performances in testing events and has some solid potential.

Massey is listed as a WR but we see his future at the next level as either a DE or a TE. He’s not especially quick or fast, but has good hands and his film shows excellent blocking skills. Defensively, Massey was productive off the edge. He shows the ability to make tackles in space and has a big motor. 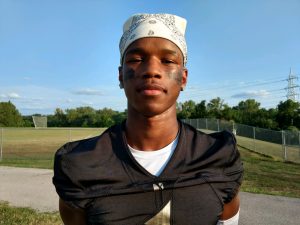 Maurice MasseyMaurice
Massey
WR | 6'4 | 185
Kirkwood | 2019, 6’4, 185, WR, 2019, Francis Howell N.
Massey is one of the top juniors in the state at catching the long ball as he is excellent at using his size to get position on the run. Massey is also great at making decisions after the catch and has elite burst, speed and quickness. Massey has a unique combination of size, speed and great hands. He is committed to Iowa State.

McKeithen is a good two-way player with good size and athleticism who doubles as a wide receiver and free safety. He shows terrific hands and is a good route runner as a receiver, and on defense he is quick to the ball and cover a lot of ground.

A perfect example of an underrated WR, Upchurch is an all-around talent who is quick to catch and great at changing directions. At 6’1, 175-pounds, he is good at running routes and smart enough to improvise if he sees something he doesn’t like. He has good hands and likes chasing the long ball.

Washington is the real deal and holds offers from numerous Power 5 programs. The first team all-state WR has a large amount of major colleges talking and considering him as an option for their program. Washington makes the position fun as he makes large carries palming the ball with one hand. He’s quick, elusive, and has a football IQ you can spot from the parking lot.

A special athlete, Williams has home-run potential pretty much every time he touches the ball and is a high major prospect with offers from a host of Power 5 programs. He has good size and an athletic frame and has a burst that few players his age can match. He shows some potential as a defensive player as well, and on one play on his highlight, he caught Trinity speedster Isaiah Williams

A talented athlete with good size and speed, Williams is a playmaking wide receiver who stepped up and helped replace five star Kamryn Babb who was lost for the season. He runs good, crisp routes for a young player and has the ability to make players miss in space. Reports are Williams is putting together a strong offseason and we look for him to draw significant college interest this summer. 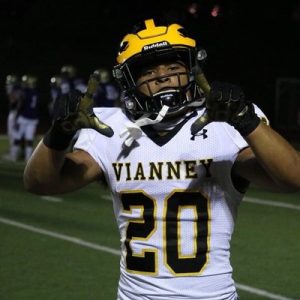 One of the state’s premier returning players on one of what is sure to be the state’s premier Class 5 team entering the 2018 season. Williams is a versatile offensive player who can be a featured back, split out wide or take snaps in the Wildcat formation. He is has elite quickness and cutback ability and is a tremendous playmaker. We see someone who could play multiple positions at the next level and impact the game all over the field. Williams has seen his recruiting blow up and has his pick of high major offers to choose from.