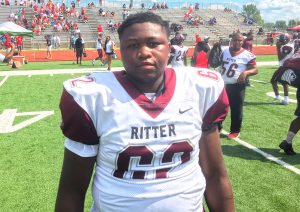 St. Louis area programs Trinity, Chaminade, Lutheran North and Cardinal Ritter ventured to Metro East Illinois to participate in the Gateway Scholars Football Classic in East St. Louis to play against four excellent teams from the state of Illinois. Here are some of the top defensive standouts from the event.

The talented interior lineman was a disruptive force in the Lions’ victory over Cahokia. His physical strength and quickness were just too much for the Comanches’ offensive linemen to handle. He bull rushed his way into Cahokia’s backfield, keeping constant pressure up the middle. He also ran down a couple ball carriers in the open field. 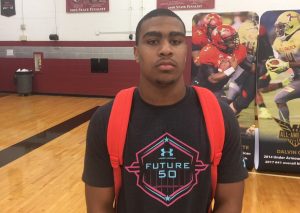 The Division I prospect was impressive throughout the evening as he led a Trinity defense that kept a potent East St. Louis offense in check for much of the night. He made plays running from sideline to sideline, registered a couple of sacks and also had a sack fumble. He was fast, physical and did not take a play off.

The Minnesota commit displayed excellent strength and athleticism against a good Homewood-Floosmoor offensive line. He took on double teams and did an excellent job of shedding blocks to make plays. He runs very well for a big man, which also comes into play on offense as a tight end.

The athletic defensive end recorded nine tackles and a quarterback sack in the victory over Cahokia. Moore has impressive speed for a young man his size. He was fast off the edge and applied constant pressure to the quarterback throughout the afternoon.

The junior middle linebacker was very productive throughout the Red Devils loss to Chicago Phillips. He had eight solos, eight more assisted tackles and also caught a touchdown pass from his tight end position on offense. His motor ran high throughout the entire game as he stayed in the middle of the action. 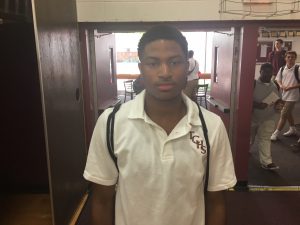 The junior defensive back displayed speed and toughness against East St. Louis. He played the run very well as he was a sure tackler and showed some excellent closing speed to make plays. He also had a couple of nice pass break ups when matched against some talented Flyers’ receivers.

The Western Michigan commit put in a solid day on the corner in the Lions’ victory over Cahokia. He was matched up with Cahokia’s standout receiver Cortez Brown for much of the game and he did an excellent job in pass coverage.

Nicholas had an active day against Chicago Phillips with nine tackles and a fumble recovery, plus a strip which caused another fumble. He displayed good tackling skills and he had a couple of nice pass break ups on jump balls.

MICDS transfer who is making the transition to linebacker from the defensive line. He’s athletic and plays with a huge motor on every snap. He recorded a sack and also had a big fourth-quarter stop to get the ball back to his offense.