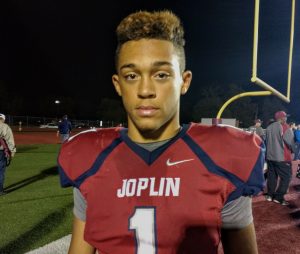 Friday’s jamboree in Joplin featured some of the top programs in Missouri with Joplin hosting Webb City, Lamar and Seneca. Below are the big names and stock rises from the event.

Zach
Westmoreland
WR/ATH | 6'2 | 210
Joplin | 2020 creates 1v1 matchups and Moman took advantage on Friday, scoring a pair of touchdowns against Lamar, one of which he Mossed his defender. The other touchdown he was able to shake his defender in the red zone. His performance is exactly what Joplin needed to see.

Harris Griffith, 5’11, 195, LB, 2019, Seneca
Seneca struggled with the size and physically of Joplin and Webb City, Griffith did not. He was able to shed blocks and make plays, looking especially good against Webb City. Few linebackers get downhill quicker than him, which is why he was Seneca’s second leading tackler last season. 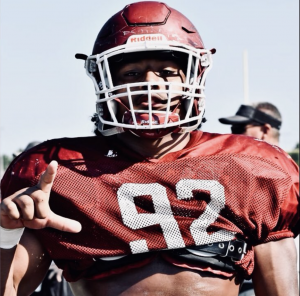 Evan Bernot, 6’0, 237, DE, 2019, Joplin
The Eagles defense looked incredible and Bernot is a large reason why. He’s great against the run and improved hand fighting will make him even better this season, especially against the pass. He looked like a college DE on Friday.

Duncan Gepner, 5’9, 170, QB, 2019, Lamar
Lamar quarterbacks are always known as run-first guys, and Gepner is no different. He made great reads on Friday, but what he also did was threw some great balls. Lamar went with a few empty formations against Webb City and Gepner was able to shred them, giving the Tigers an added wrinkle offensively.

Trey Wilson, RB, 2020, Seneca
He didn’t have a great running day, but what stood out is just how hard he runs. He’s one of the most physical players – regardless of position – in Southwest Missouri. It was tough to find yards against Joplin and Webb City, but he’s going to run wild in the Big 8.

Zach Westmoreland, 6’2, 200, WR, 2020, Joplin (pictured)
We hear about him as a receiver, but this is about Zach Westmoreland the safety. At 6-foot-2, 215lbs he’s a linebacker in the secondary. He found paydirt on a scoop and score. He will make an immediate impact defensively against the run and pass due to his freakish athletic ability. 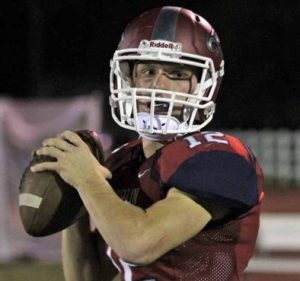 Blake Tash, 6’0, 175, QB, 2020, Joplin
Tash looked great on Friday. He seems to have perfect command of Joplin’s offense. He got the ball out quickly and let his playmakers do their thing. He was one of the most accurate quarterbacks in Missouri last year and that hasn’t changed; not many balls hit the ground on Friday.

Zetthew Meister, OL, 2021, Webb City
He has every tool to be Webb City’s next standout offensive lineman. This is a group that has produced three D1 guys in the last five years. He has a great frame, but is a super high IQ lineman.