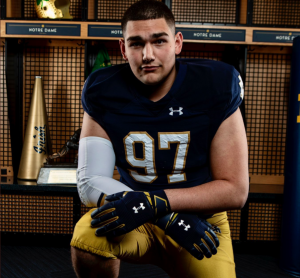 The 2020 football season is underway with a host of stellar opening performances around the St. Louis Missouri area.

Here, Six Star Football takes a look at several of the area’s top 2021 prospects who have opened strong the early stages of the season.

Dominic Flint, 5’10, 165, RB, 2021, St. Charles West @dominicflint4
An offensive machine who makes terrific plays with the ball in his hands, looking to use his speed and athleticism to move the chains. He has good size and strength and also shows balance and can handle contact and continue to push the ball. Flint is currently averaging 9.5 yards per carry and has 353 yards on the ground and four touchdowns (scoring at least one touchdown per game) in his first three games. He also has three targets through the air for 57 yards, averaging 19 yards per catch. Flint also has a total of 183 yards as a return man, averaging 36.6 yards overall. He also looks ahrp on defense with 13 tackles, 10 solo. 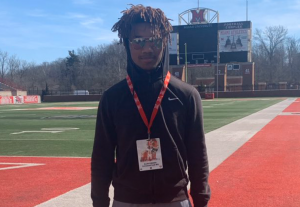 Elijah Edmonds, 6’4, 195, ATH, 2021, Fort Zumwalt South   @Allmighty017
A first team all-conference WR who is also an all-state track standout, Edmonds has great size and length and the athletic ability to find separation as a receiver and then make big plays after the catch. Also a strong return man who can split defenders and find his way up the sideline and score. Edmonds is averaging 10.9 yards per catch on seven targets. He also has 10 tackles in three games as well. He currently holds an offer from FIU. A player who has solid potential with a high ceiling and one college programs should not overlook.

Chris Futrell, 6’0, 210, RB/LB, 2021 Fort Zumwalt North  @ChrisFutrell8
An all-around prospect with good size, a strong frame and the ability to make plays on both sides of the ball. He is a player who can create with nothing is there and pushes his way through contact when defenders look to slow him down and can also make strong tackles and stop drives. A 6’0, 210-pound prospect who has a high ceiling overall. He has 452 total yards after three games, with 312 rushing and 140 receiving. He’s averaging an impressive 8.7 yards per carry and 23.3 yards receiving. He also has 10 tackles and one fumble recovery. He currently holds offers from Tennessee Martin, Middle Tennessee State and Missouri State.

Gabriel Rubio, DL, 2021, Lutheran St. Charles @GabeRubio68
The Notre Dame commit shows great size and explosive nature on defense, a 6’5, 270-pound force up the middle. Rubio is showing this season why he’s among the state’s most highly regarded prospects as he has opened the season strong, recording 27 tackles and two for loss in the Cougars’ 2-2 start. He has an elite skill set and all the potential to see playing time quickly at the next level. He’s a physical prospect with great footwork, good instincts and the power and torque to move blockers out of the way and force the quarterback out of the pocket. A lean and muscular prospect who recorded 117 tackles last season and also had 18 sacks. 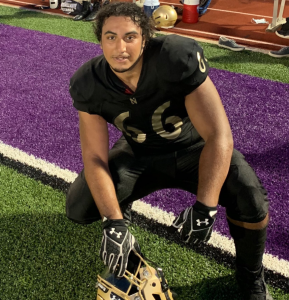 Adel Mountassir, 6’6, 270, OL/DL, 2021, Francis Howell North @adelmountassir
A big stock riser over the summer and one who is still proving he’s worth all the recent hype. Mountassir is an impressive two-way prospect who has good size, athleticism and a lot of strength and power when he is on the move. He can move opponents out of the way and can make strong hits and blow up plays and the offense. In his first two games Mountassir has 14 tackles, two sacks and two tackles for loss. He currently holds offers from Middle Tennessee, Navy, Ball State, Liberty, UNI and Murray State to name a few. Also a standout student who reports a 3.5 GPA.

AJ Taylor, 5’10, 191, SS/RB, 2021, O’Fallon Christian  @AJTaylor_
Taylor is a strong athlete who can find separation and make strong hits. He’s a quick athlete with good technique and footwork and shows the vision and creativity to find holes and work his way down the field both when running through contact and avoiding it along the sideline. He flies around the field and has a good upside, showing the skill set needed to make a splash on both sides of the ball. He currently holds an offer from Roosevelt and has other programs expressing interest.

★ESA SHOWCASE: A look at S/DBs who stood out

★ESA SHOWCASE: A look at MLB/OLBs who stood out

★ESA SHOWCASE: A look at WRs who stood out

★ESA SHOWCASE: A look at QBs who stood out