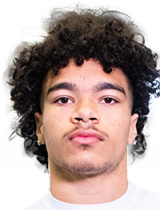 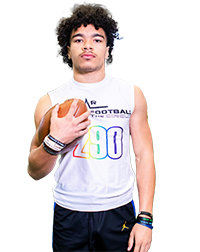 ▪️  SIX STAR FOOTBALL SCOUTING REPORT An underrated playmaker out of Kansas City, Lincoln Prep Aaron Rimson impressed at the Midwest Showcase, recording a 4.62 laser timed 40-yard dash and a 31 inch vertical leap. The 40 time was seventh overall in a field that featured 400 participants. Rimson is coming off a standout junior season for the Blue Tigers in which he impacted the game as a receiver, out of the backfield running the ball and as a kick returner.

▪️  ANALYSIS Also a track and field standout that reports an 11.2 100, 23.3 200 and 54.3 400, Rimson brings terrific speed, quickness and change of direction skills to the field. He is a dangerous check down option at receiver where he can take a short, quick pass and turn up field for big yardage quickly, Rimson shows good vision, sets up his blocks well as both a returner and in the passing game, and has a burst that he can turn on in the open field. At 5’8, 160-pounds he is likely best suited in the slot where he uses his quickness to get open in underneath routes, but he has also excelled as a RB for the Blue Tigers, where he shows the speed to get to the edge and terrific cutback abilities.

Young and very talented, impressive must see WRs in the '24 & '25 classes
Scroll