A look at several prospects raising their profile this season. 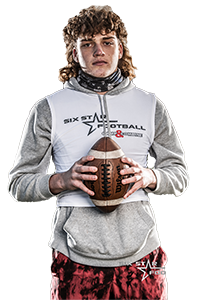 SIX STAR FOOTBALL SCOUTING REPORT: An athletic option at TE who can make a splash as a receiver and a blocker. He has the ability to play both sides of the ball and can get to the QB as well as make his way down the field after the catch.