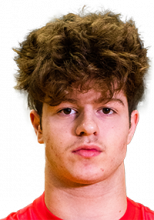 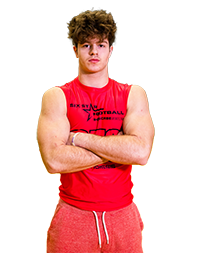 ▪️  SIX STAR FOOTBALL SCOUTING REPORT St. Pius X 2023 Alex Moisis was one of the top performers among defensive linemen during the combine portion of the Midwest Showcase on Dec. 11 at Missouri Western as he recorded a laser timed 5.16 40-yard dash, 105 inch broad jump and 34 inch vertical, all among the best marks at the event for his position group. Meiosis is coming off a strong performance for St. Pius X this season as he recorded 16.5 sacks as a senior, including a five sack performance against Herculaneum. He was named the I-55 Conference Defensive Player of the Year.

▪️  ANALYSIS A strong and athletic player who has good speed, timing and can get to the backfield and force the QB out of the pocket. He is good at cleaning up plays on his own and he is tenacious and shows real athleticism and some potential coming off the edge. A player who can see time as both a DE and a LB given his speed, size and ability to read a play, get in position and also take away space from running backs and rushing QBs in the open field. .