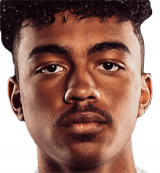 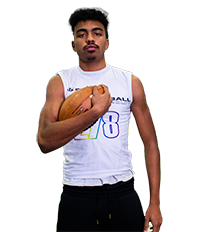 ▪️  SIX STAR FOOTBALL SCOUTING REPORT A tall and athletic player who has good hands and has earned honorable mention all-conference honors. He's a first option receiver who can also see time as a cornerback and has very good speed and can make plays on the ground after securing the ball. Also a state track runner in the 400 meter who always seems to be playing at full speed and with a lot of energy and focus.

▪️  ANALYSIS A good sized player who has good hands and is able to use his overall size to an advantage. He's aggressive, has a nice feel for the position both inside and outside the numbers. A player who can operate it as a slot receiver at times but also can be asked to hold his own as a first option receiver matched up against the opposing team's best cornerback. He plays loose but has good speed and good muscle tone to his frame, a player expected to continue adding good muscle while maintaining his speed and overall ability to make

Young and very talented, impressive must see WRs in the '24 & '25 classes
Scroll