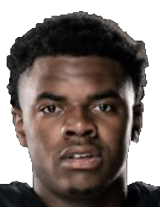 Taking a look at some of the top STL OLB prospects to watch this offseason.

Six Star Football takes a look at several junior TE prospects who have raised their profile.