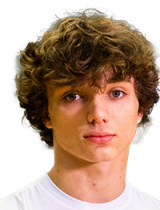 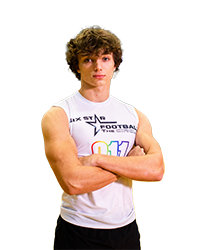 ▪️  SIX STAR FOOTBALL SCOUTING REPORT One of the backers in the 2025 class that showed he was a stock riser to take notice of, a good looking athlete with some speed, timed at 5.17 laser in the 40 and tied for the fifth best backer mark in the broad jump with a jump of 110 inches. A player on the rise and an outside linebacker from Blue Valley West that will be looking to get some big playing time this upcoming season. McDavid also has some power to his game and is a very strong pound for pound backer, reports a 250 pound bench press at 170 pounds to show out some impressive strength.

▪️  ANALYSIS A strong and athletic player in the 2025 class who has some upside and potential. He has a good work ethic and is very coachable, has good footwork in space and knows when to drop back and can match up well with mobile players in space. He's also good at anticipating the run and knows how to take away space and initiate contact early. A player who can target the ball on his tackles and has good speed for his age. An athletic player who has good leaping ability and looks locked in this off season.