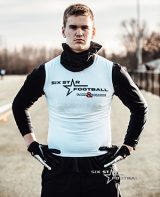 ★INSIDER: Names to remember entering the ’21 season in Nebraska 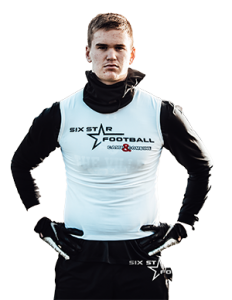 ✅.  SIX STAR FOOTBALL SCOUTING REPORT:   A good-sized player who is still growing as a player and an athlete. Bluhm has the build and athleticism that is sought after for his position and he shows a strong work ethic and versatility as well. A 6’5, 220-pound athlete who has a strong and mobile frame but he still has room to grow and isn’t maxed out physically.

✅.  ANTHONY ALFIERI SCOUTING REPORT:  Bluhm brings a good motor to the field. He runs hard and shows the ability to operate as a blocker and as a receiving option. He’s a versatile player with a hard-nosed mentality. He has good hands and can seal off defenders and make easy catches in space. He is a strong target given his size and length and he is constal working and looking to improve his skill set. A big prospect who can slip past LBs and find his way down the field, looking to stay on his feet and protect the ball as he extends and leans forward.

⭐️  WEAKNESSES: experience, being more of a go to receiver