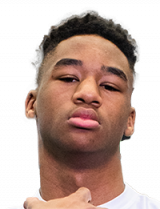 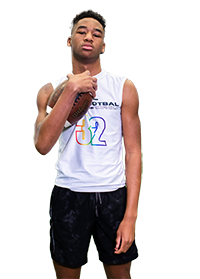 ▪️  SIX STAR FOOTBALL SCOUTING REPORT One of the top young WR prospects in Kansas City area, Park Hill South 2026 Chance Taylor impressed at the Midwest Showcase, turning in a solid 4.86 laser timed 40-yard dash, one of the top marks for athletes in his age group. He is working the offseason with Empire 7v7, known as one of the premier 7v7 programs in the midwest.

▪️  ANALYSIS Had a standout performance at the Midwest Showcase in the individual drills and competitive portions of the event. Has some wiggle in his step as a route runner, can get separation and shows strong, consistent hands. Worked  well downfield on a wide range of deep routes. Showed good burst and acceleration and was able to slip by several quality DBs. Taylor has good size at 6’0, 160-pounds with terrific agility. Has a frame that shows plenty of room for growth with age and continued work in the weight room.