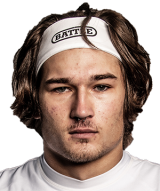 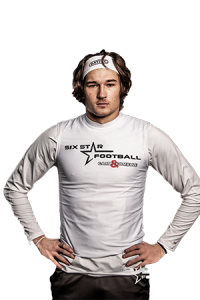 ✅. SIX STAR FOOTBALL SCOUTING REPORT:  He has been a WR, RB, OLB, FS and return specialist. Taylor uses his size well, can climb the ladder and high point the ball and is a difficult match-up for opponents on the edge. Taylor runs well and is a dangerous kick returner as well.  The Kickapoo High School standout versatile weapon can play all over the football field, from WR, RB, OLB, FS, and also as a return specialist. He is a play maker that can make his impact felt in many ways, from special teams yardage on kick returns to being a nice target at WR and TE to a OLB/FS hybrid playmaker on defense

✅.  ANTHONY ALFIERI SCOUTING REPORT: Is a very impressive deep threat for Kickapoo that shows he can get past most DBs and create space for the big game changing type plays. Has some good moves off the snap as well and is a receiver that has a good set of hands.  Taylor also is a player that really excels by using some good field vision and sees what is in front of him very well, especially as a dangerous kick return theat and specialist for the Chiefs. Also a strong blocker who can be used at tight end or in a hybrid H Back role,  Taylor is a player that any team would like to have, always on the verge of making a game changing block, tackle or catch and run.