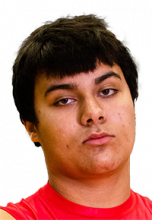 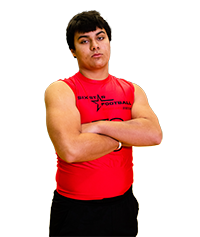 ▪️  SIX STAR FOOTBALL SCOUTING REPORT Platte County 2026 Chase Russell has big size for a youngster as he measures in at 6’2.5, 240-pounds and has an athletic, sturdy frame capable of adding good weight and muscle mass with age, He worked out with the defensive linemen at the Midwest Showcase, but can play on either side of the ball and has impressed with his work on the OL. Recorded an 81 inch broad jump and 22 inch vertical in the combine portion of the event, both solid numbers given age and projected future position.

▪️  ANALYSIS Russell was a standout performer in the competitive portions of the Midwest Showcase, often competing against older, more experienced players, and he more than held his own. He shows terrific first step quickness off the snap, has strong hands and can quickly get underneath an opponent's pad level and gain the advantage as a pass rusher. Russell has surprising quickness and catches opponents leaning and off-guard often. Changes direction quickly. Has good strength for a youngster.