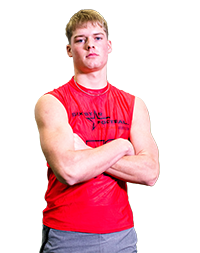 ▪️  SIX STAR FOOTBALL SCOUTING REPORT Rickard was a good looking WR/TE prospect that raised his profile at the Midwest Showcase, impressing in the combine portion of the event where he posted a 5.10 laser timed 40-yard dash, along with a 109 inch broad jump. His 31.6 inch vertical and ranked fourth best among TEs at the Showcase. A very impressive looking junior that is one of the top looking play makers for El Dorado and will be a major impact senior in 2023 on both sides of the ball. In addition to his work at TE, Rickard finished second on the team this season with 43 tackles in nine games as a tenacious play making MLB. Also a standout student, he reports a 3.9 GPA.

▪️  ANALYSIS A strong, physical player, Rickard impressed with his playmaking skills in the competitive portions of the Midwest Showcase. He gets off press coverage well with a combination of quickness and strength as he can get separation from opposing defenders. Rickard made just five catches for El Dorado last season, but showed he has potential as a pass catcher at Missouri Western, getting behind defenders for long downfield passes and running a variety of shorter, intermediate routes well. He is a terrific competitor who consistently came up with 50-50 balls at the event.

INSIDER: Big play backers, a look at some of the top ’24s to know at LB 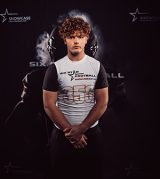 INSIDER: A Look at top stock rising class of ’24 Linebackers